Got off the beaten path today and took the Lexus on a serious off-roading excursion looking for wild ponies.  WY is a pretty state when you get away from I-80. 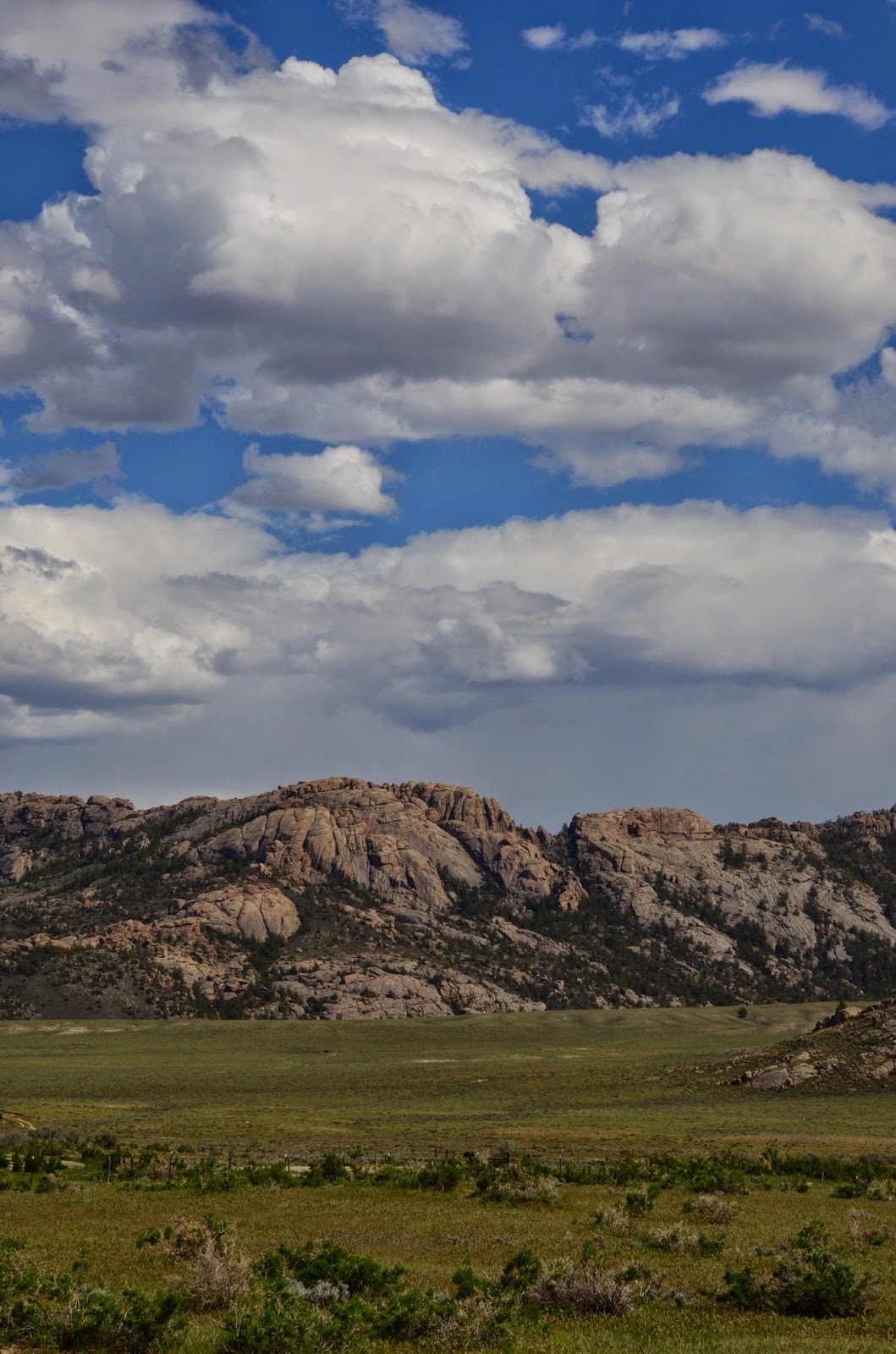 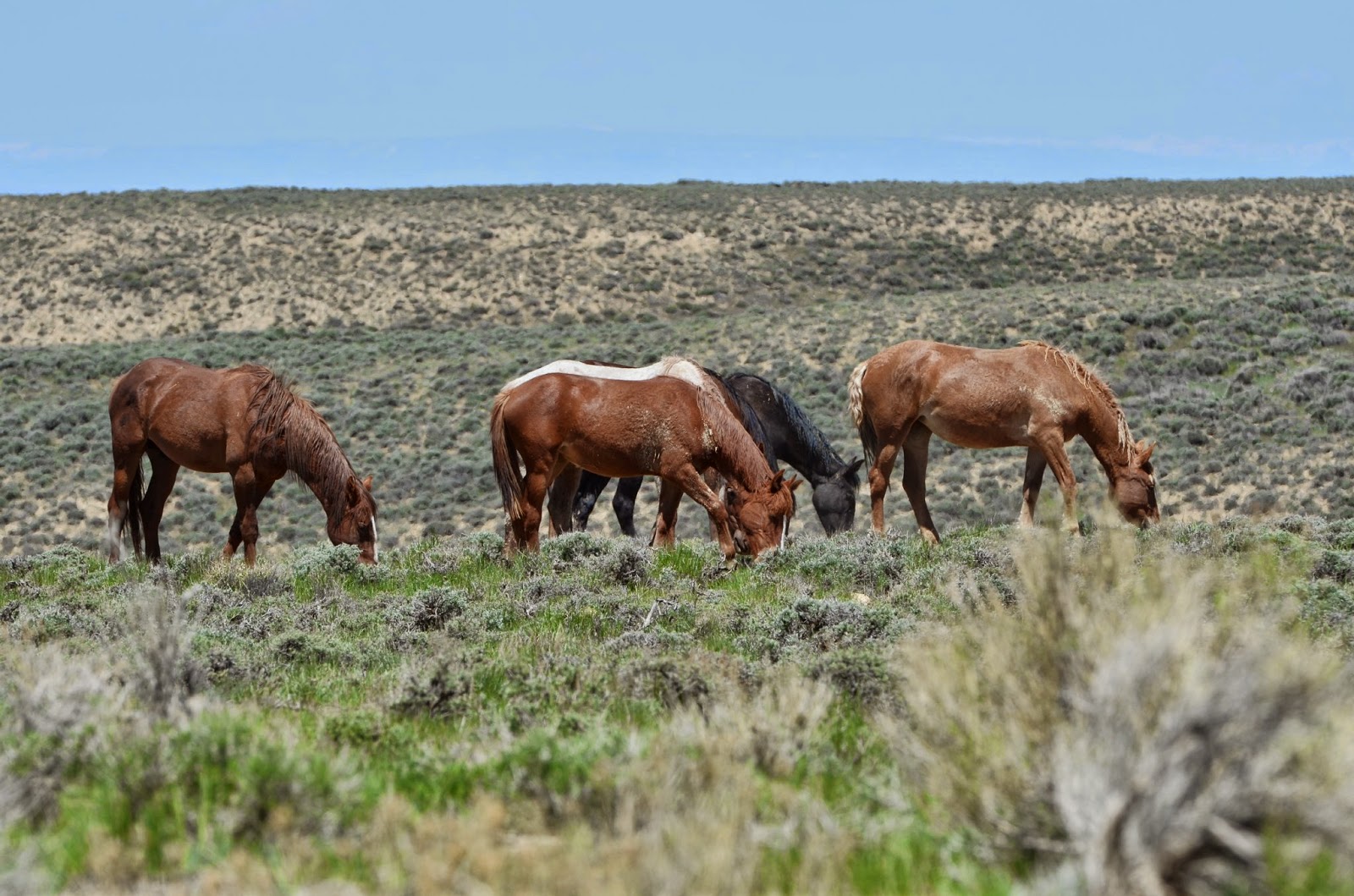 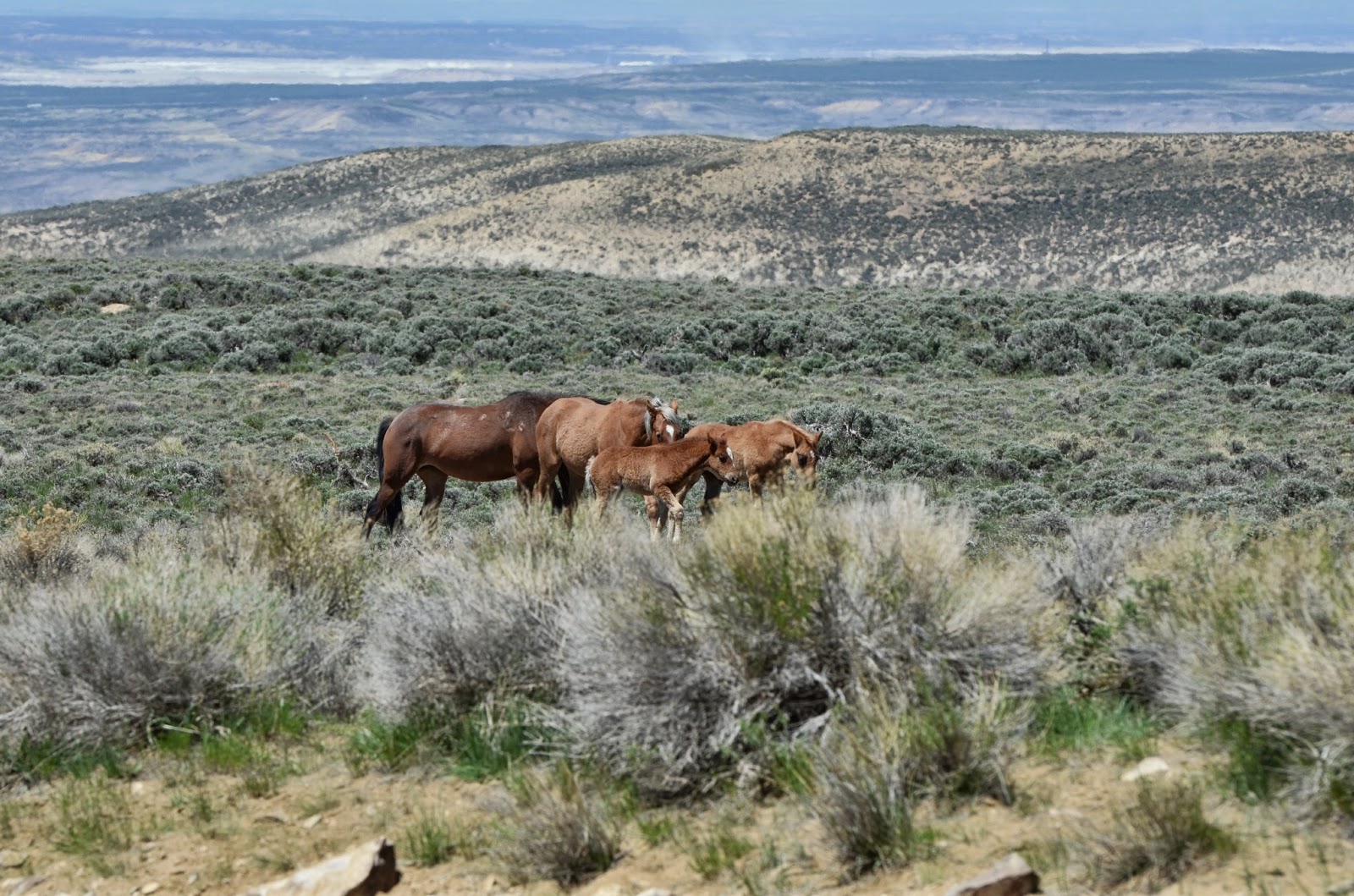 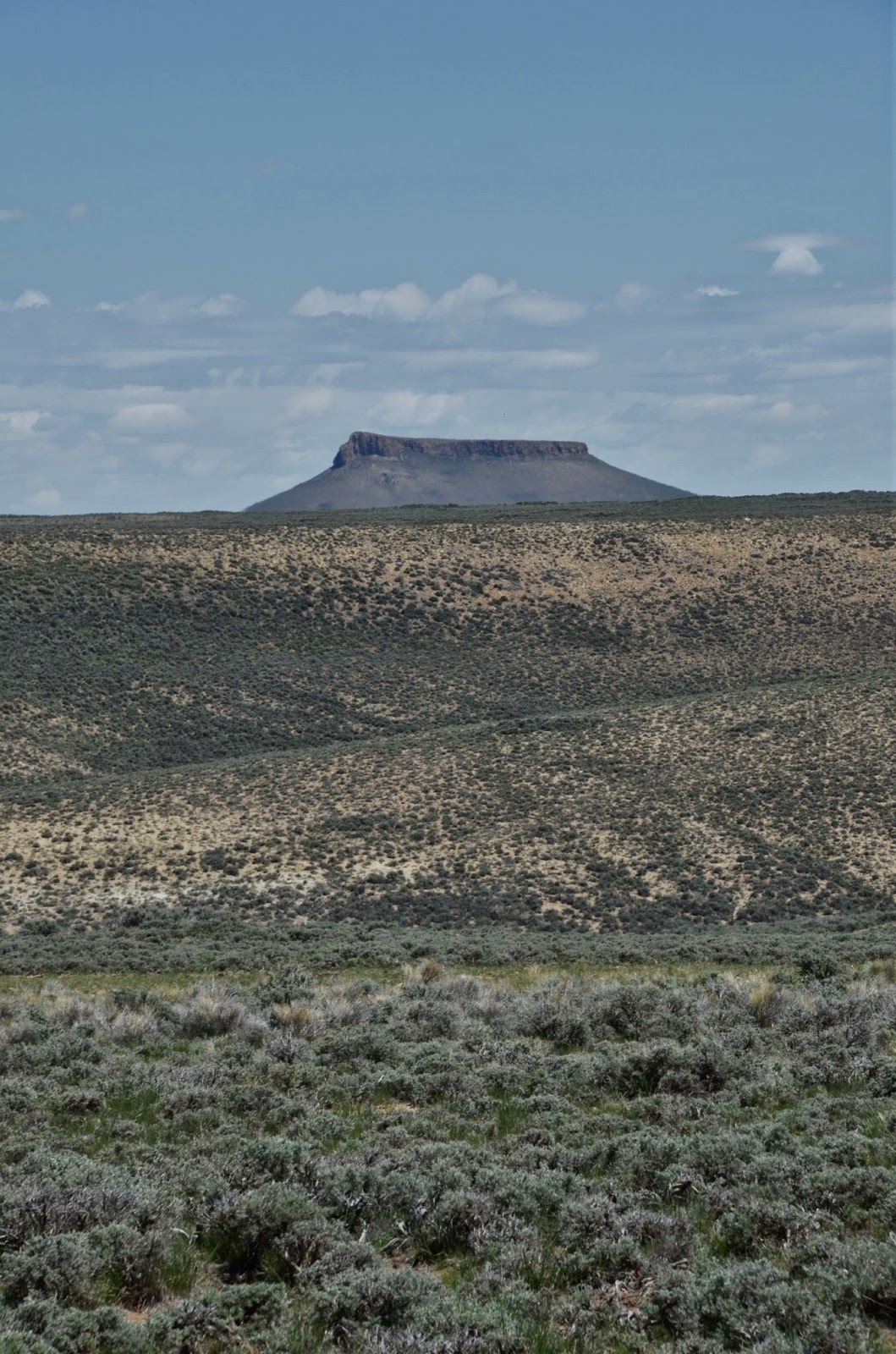 Posted by Lori Foringer at 10:19 PM No comments:

Sorry for the lag in postings.  Last weekend, I repositioned the plane back to OH in preparation for the big move.  Flying 11 hours with only a parrot to talk to gets really boring.  After awaiting the winds to die down, we ultimately got to I68 (Warren County Airport), the new home for 28GM.  Best of all Mark and I got to spend our 18th wedding anniversary together!

Recall, last post, I was unable to make the original Zion Traverse in early April.  Carrie suggested a "re-do".  I took her up on it.  In the end, it was three of us (Carrie, Amy and I), so we made it a Girls Day Out...Luckily, Carrie's wonderful husband, Jim, was able to help us out again.  He brought us food and stashed water in the perfect spot for our use later (and some other friends that were also running the traverse from the opposite direction).

Caveat:  We did not run the full traverse, which technically runs from Lee's Pass to the East Entrance of Zion.  We stopped at the Grotto, for a total of 36 miles.  Enough for me to enjoy the beauty of the park and the experience of running in the UT wilderness.  Here is a link to the map of Zion for reference: Zion National Park Map

Due to the higher predicted temps (high 70's...), we started out before first light on Sat morning.  The plan was to come back on Sun and see the view from Lee's Pass (that was the plan, more on that later).

So down the canyon we ran... to the LaVerkin creek towards Kolob Arch. We crossed the creek a few times, and had one larger river to cross prior to heading toward the Hop Valley.  Luckily none of us got our feet wet, or fell in while crossing (although the tree across was quite narrow)

Climbing out of LaVerkin with sun rising: 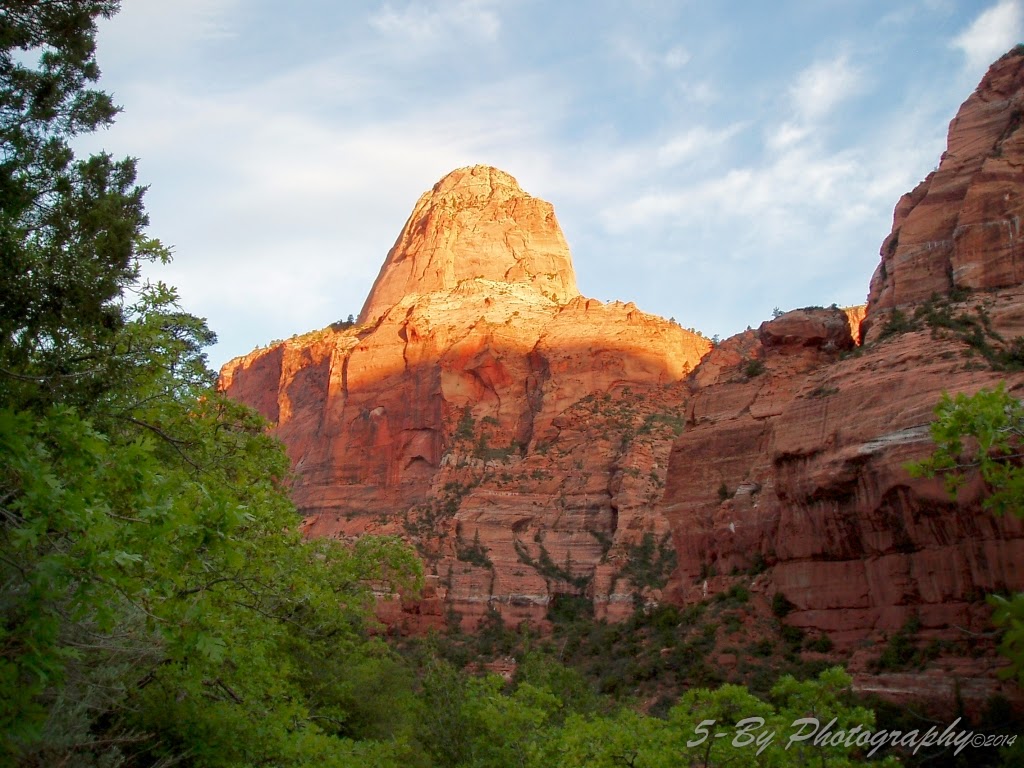 Then on to to Hop Valley: 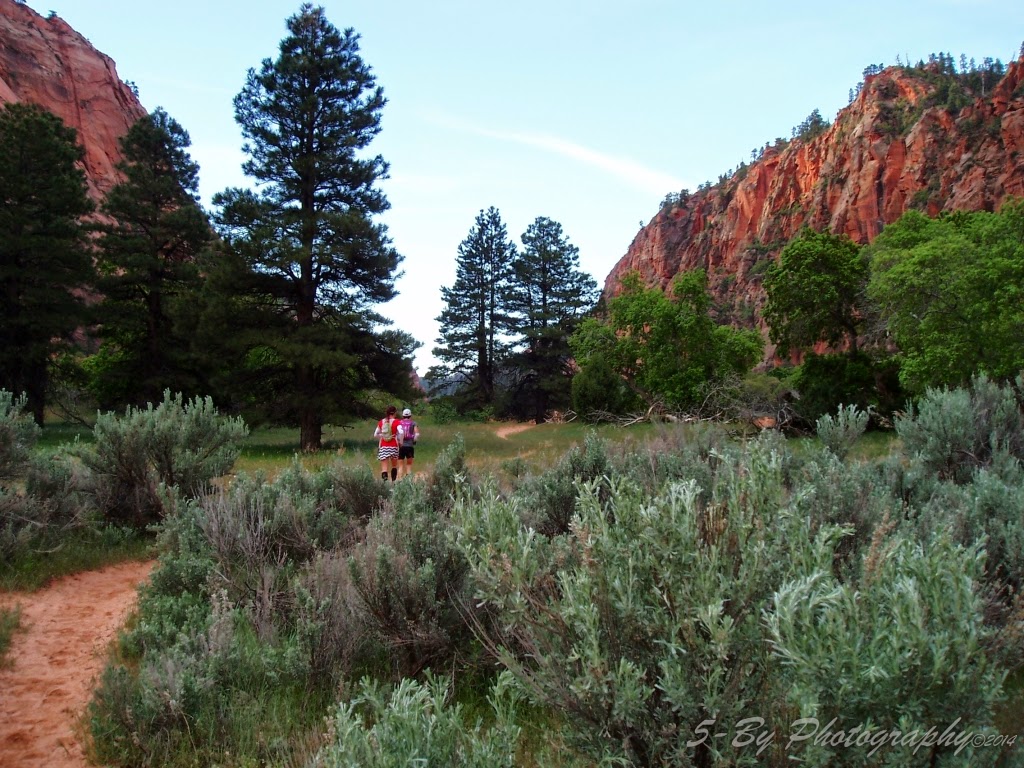 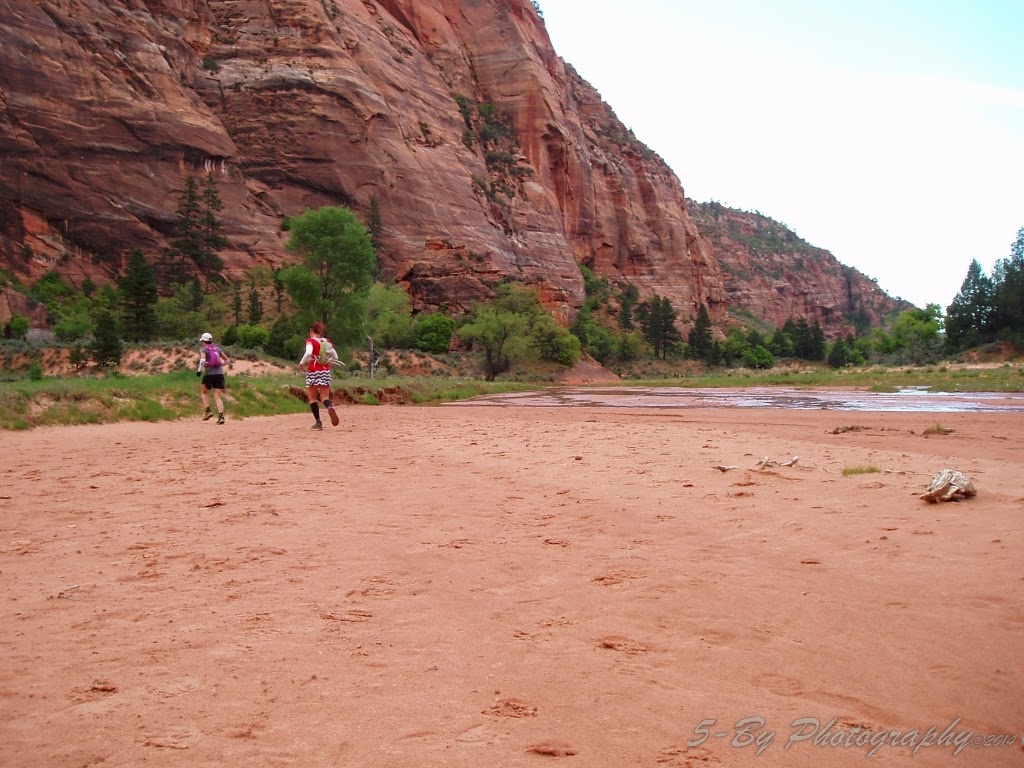 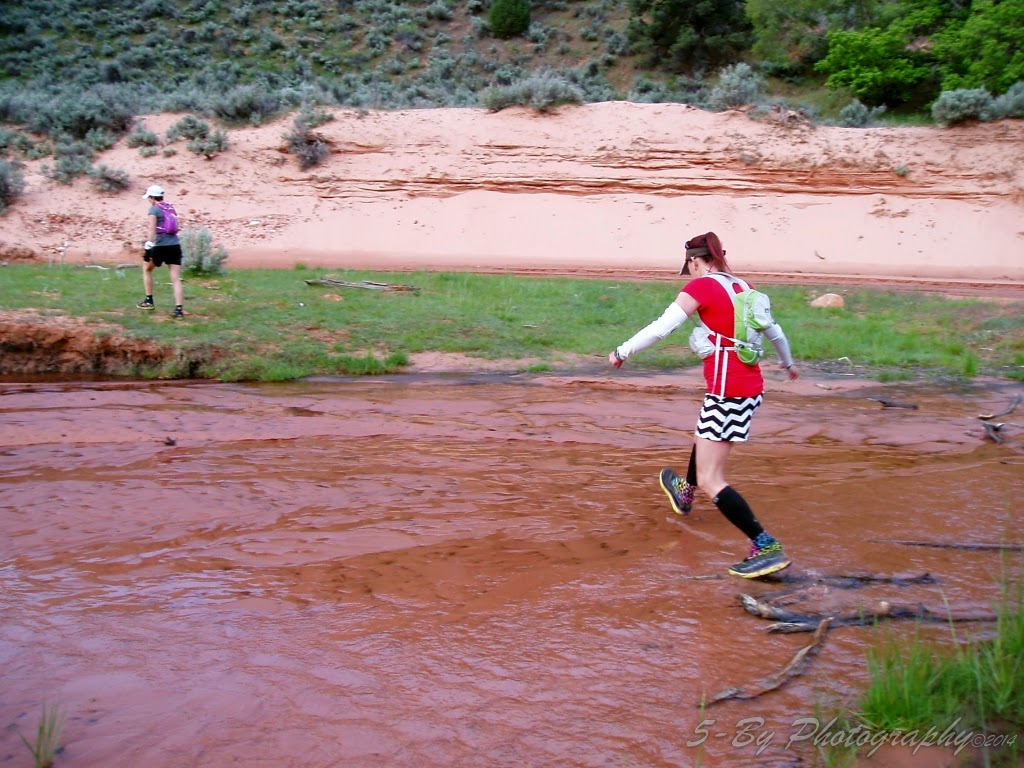 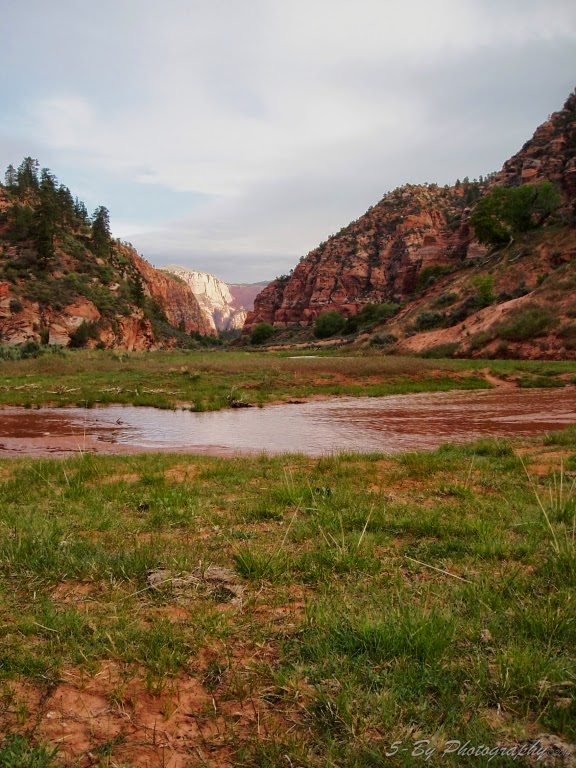 As you can see, we had several water crossings...I don't know about the others, but my feet did not stay dry.  Good thing Jim had dry socks waiting at the end of this!

After meeting Jim, changing socks and eating, we took off on the Connector Trail to Wildcat Canyon Trail.  8 miles of gradual uphill.  It sometimes felt like a slog, as there are very few spectacular views, although there were some: 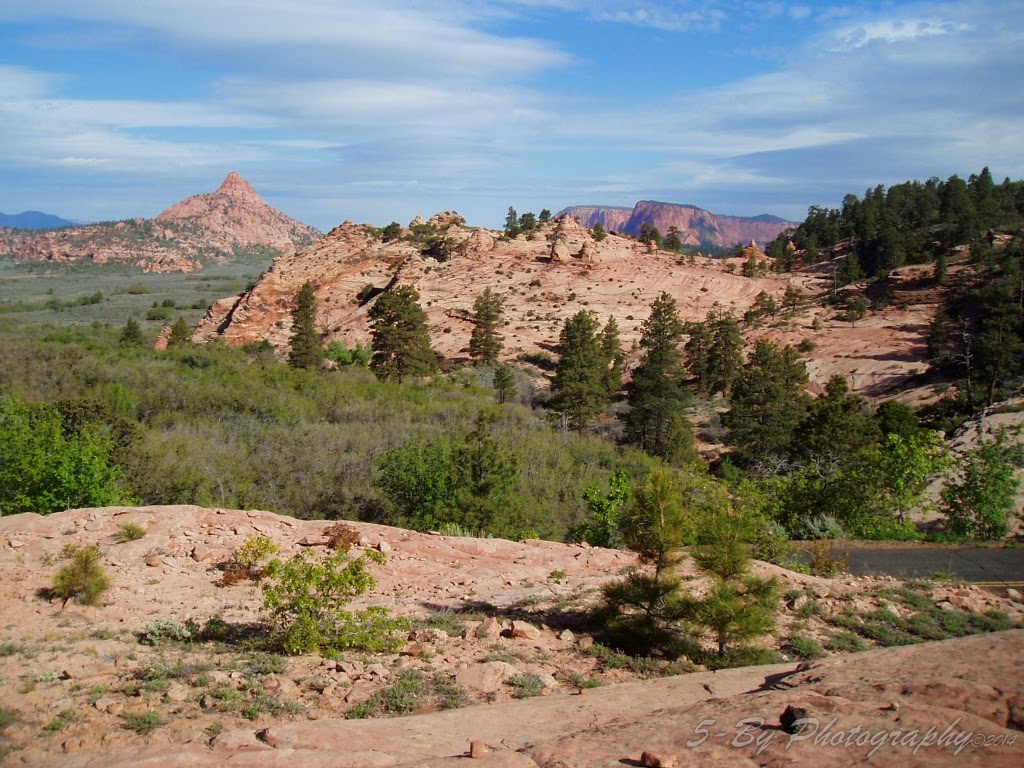 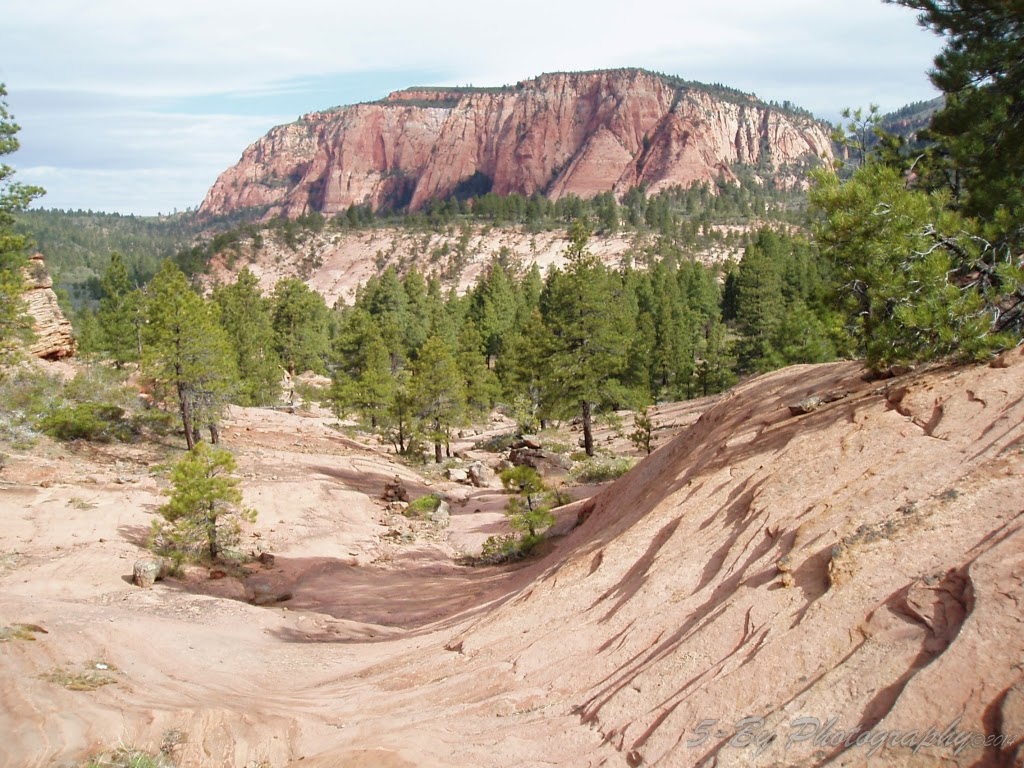 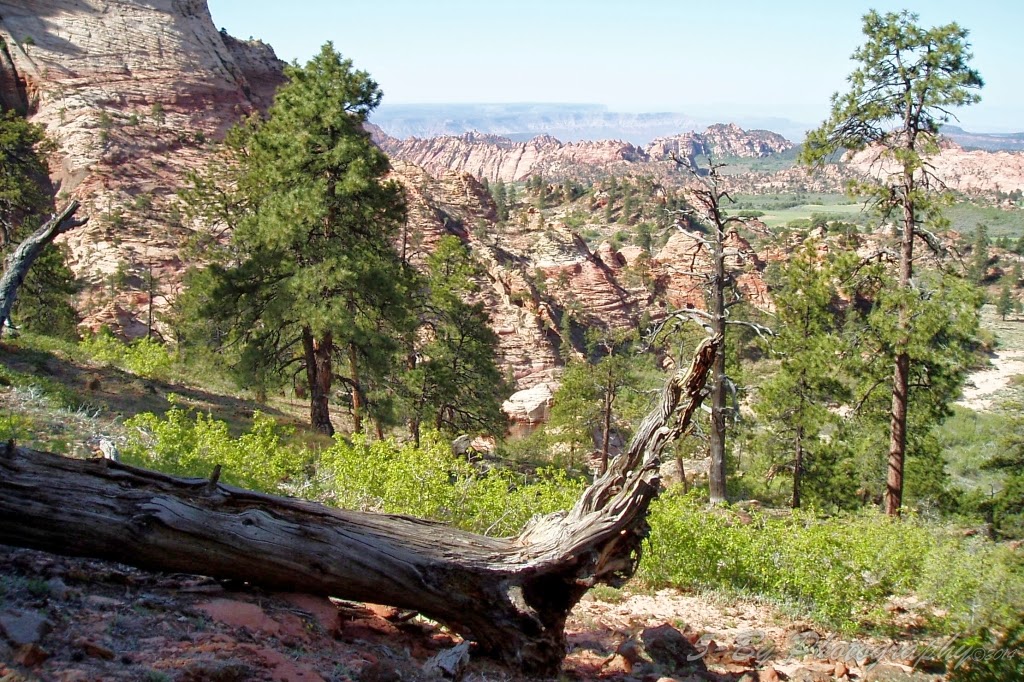 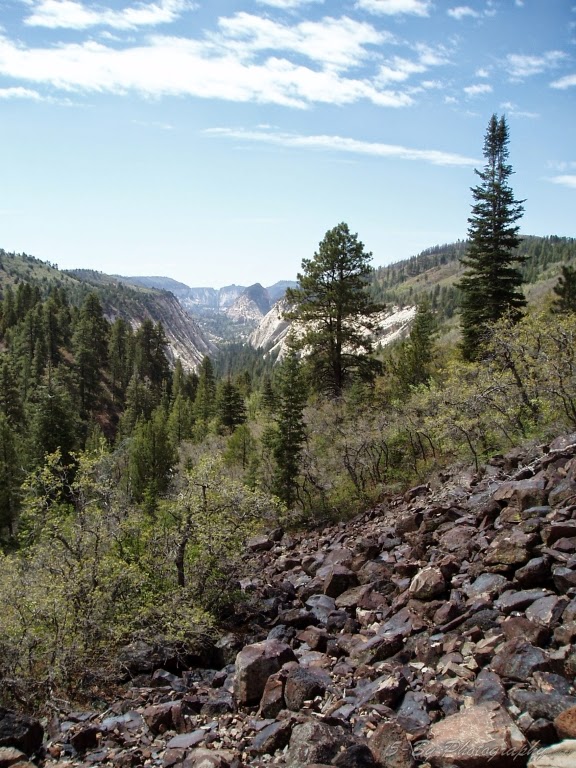 We continued from here to West Rim Connector: 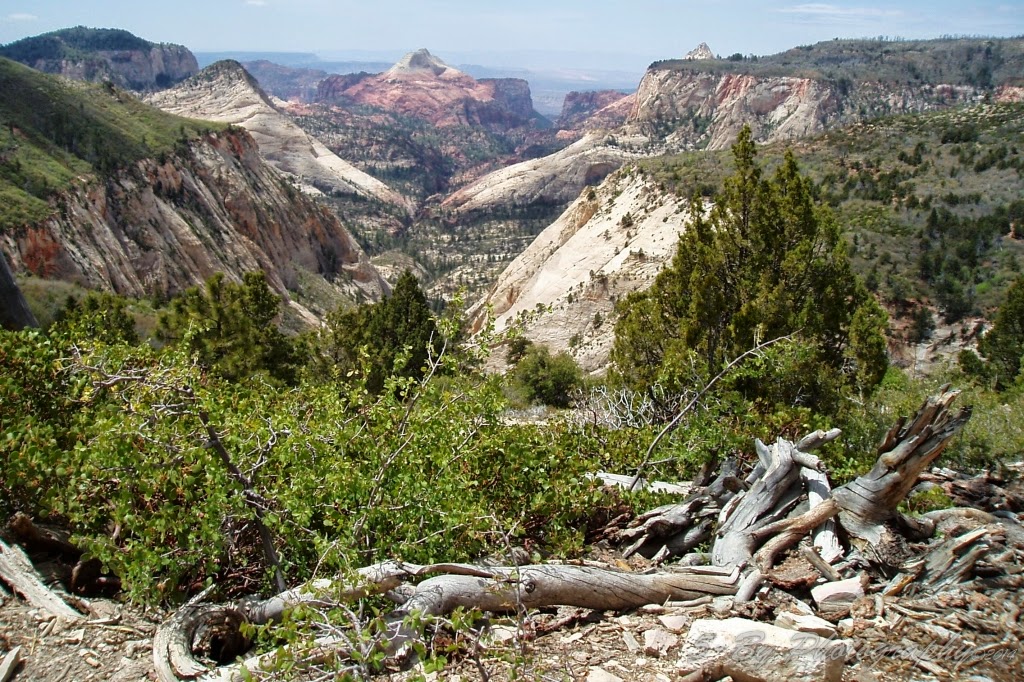 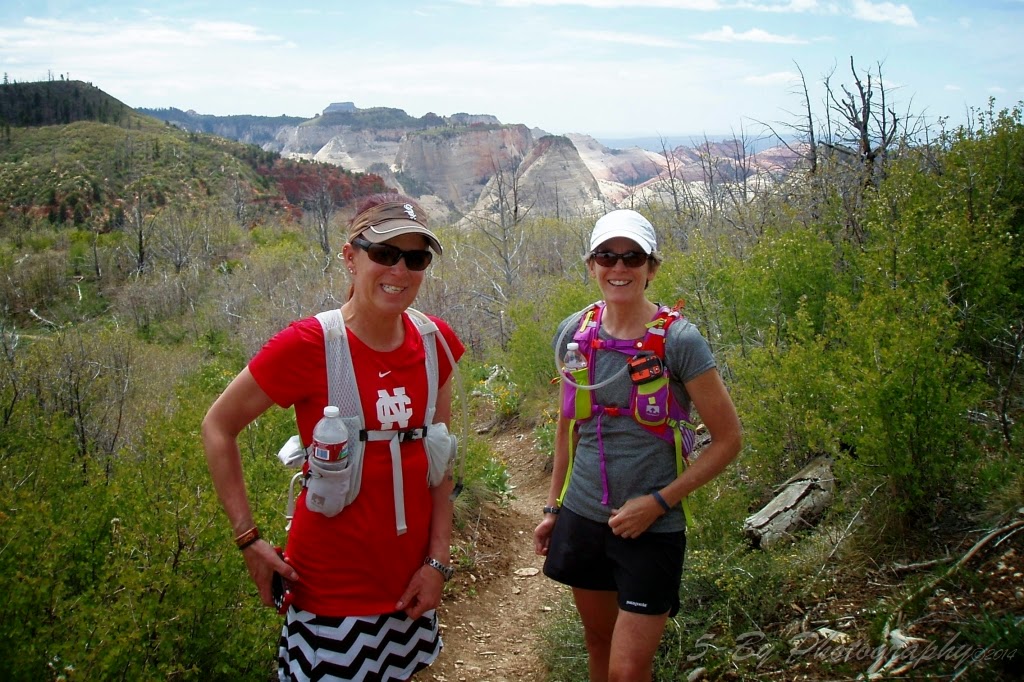 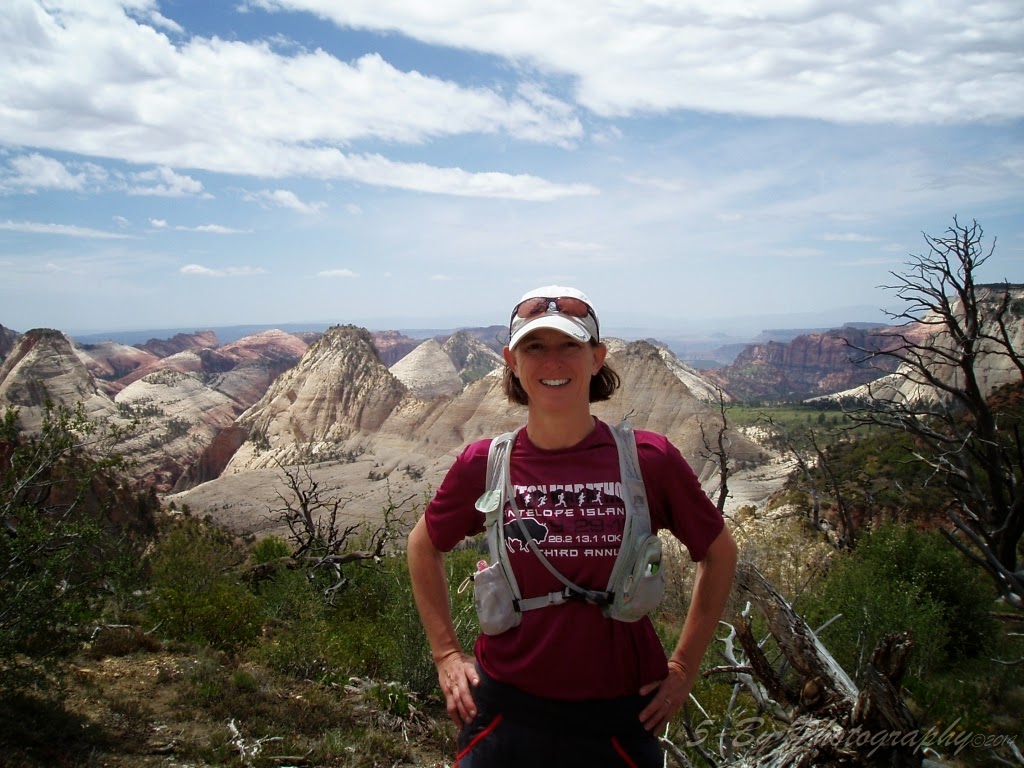 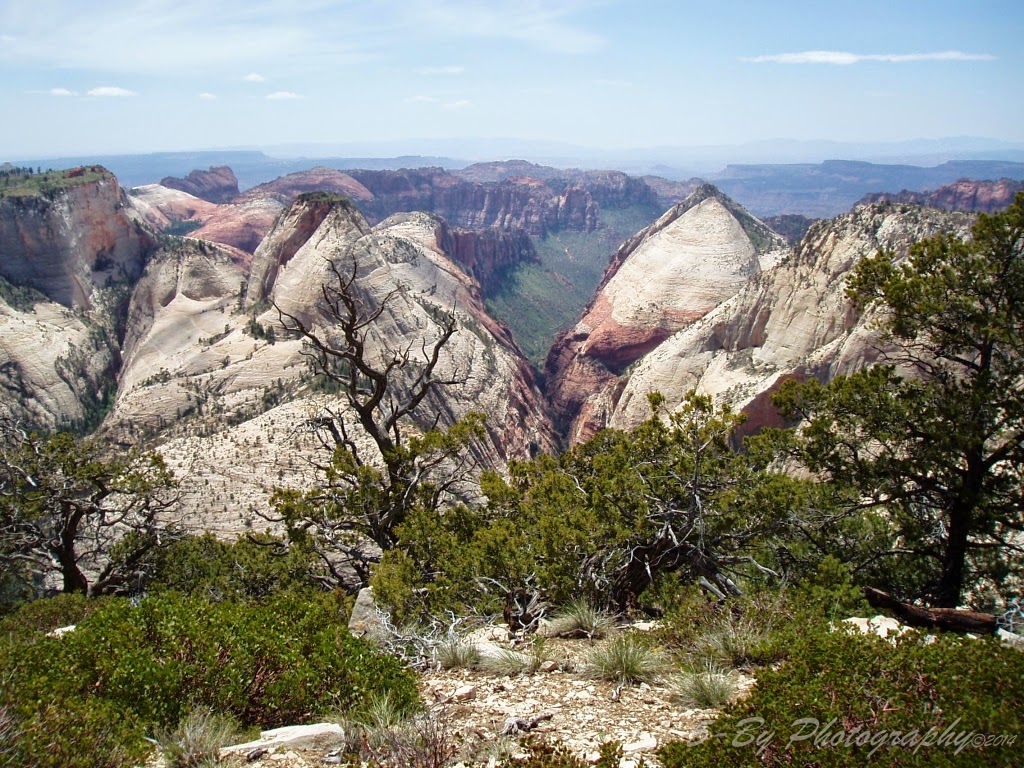 While running this, we started to see quite a few more people, to include a group of two ladies that Carrie and Amy knew from Salt Lake that were doing the full traverse (we expected to see them right about when we did).  Then as we came to another group of runners, Amy looks at one of the guys and screams "Tim!".  Turns out it was friend of hers that she hadn't seen in years from Chicago.  He and some others were doing the traverse as well.  What a small world it can be sometimes....

The downhill towards Angel's Landing and finally the Grotto was a tough stretch.  The Jobs Corp of the Depression Era had come in to pave the trail.  It was concrete and broken due to age.  Hard on the legs, with extreme downhills, switchbacks and other hikers given the fact it was a beautiful Saturday in May.

Out finish point is in that green area way down there: 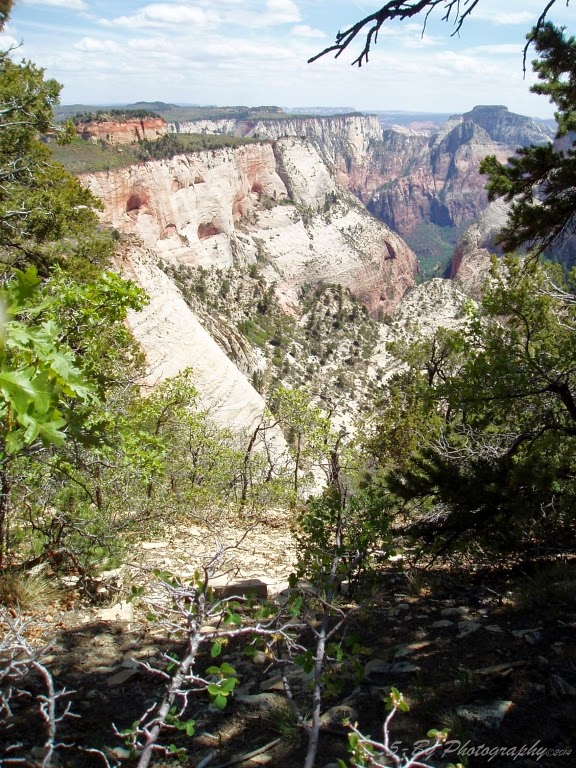 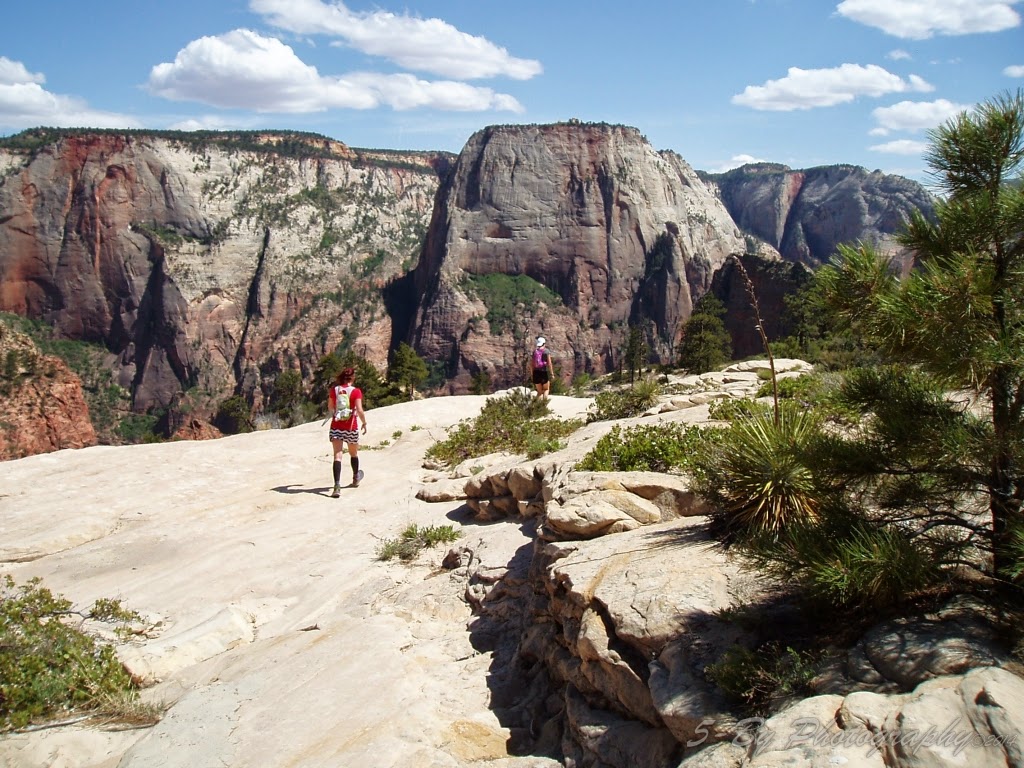 Looking down to the river (and our shuttle) 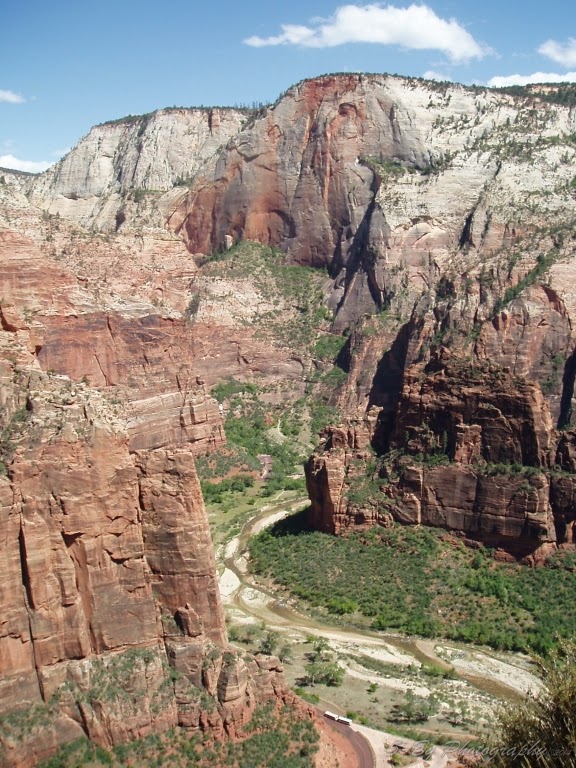 Almost finished (we were at the top of that mesa in the distance at one point): 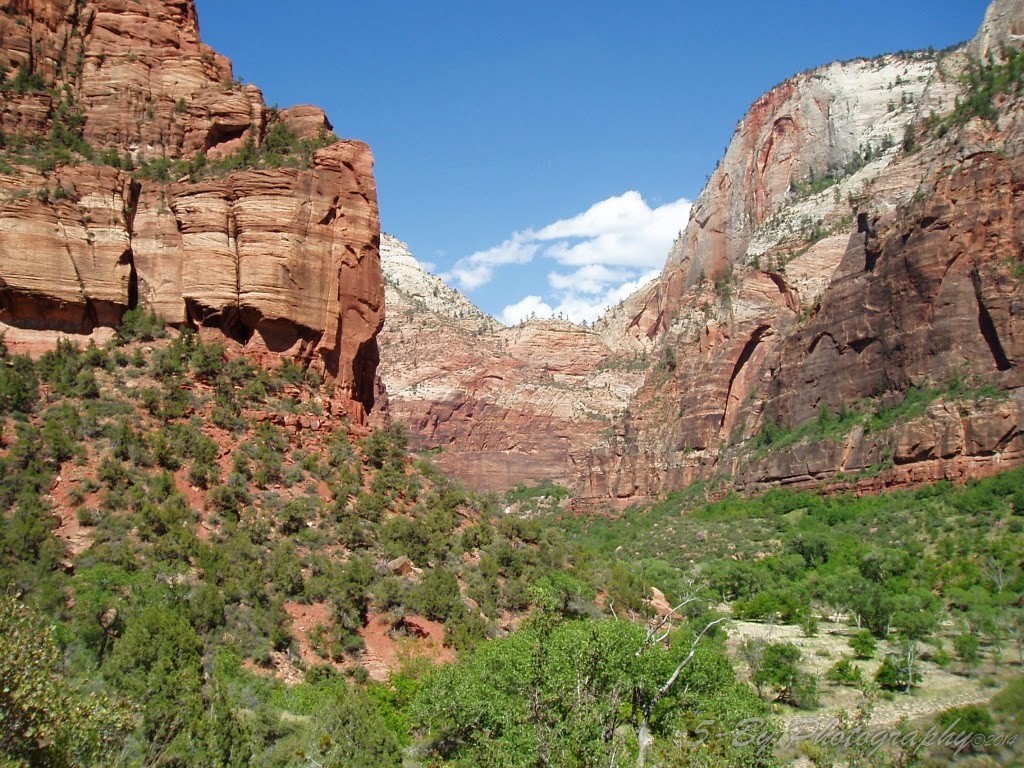 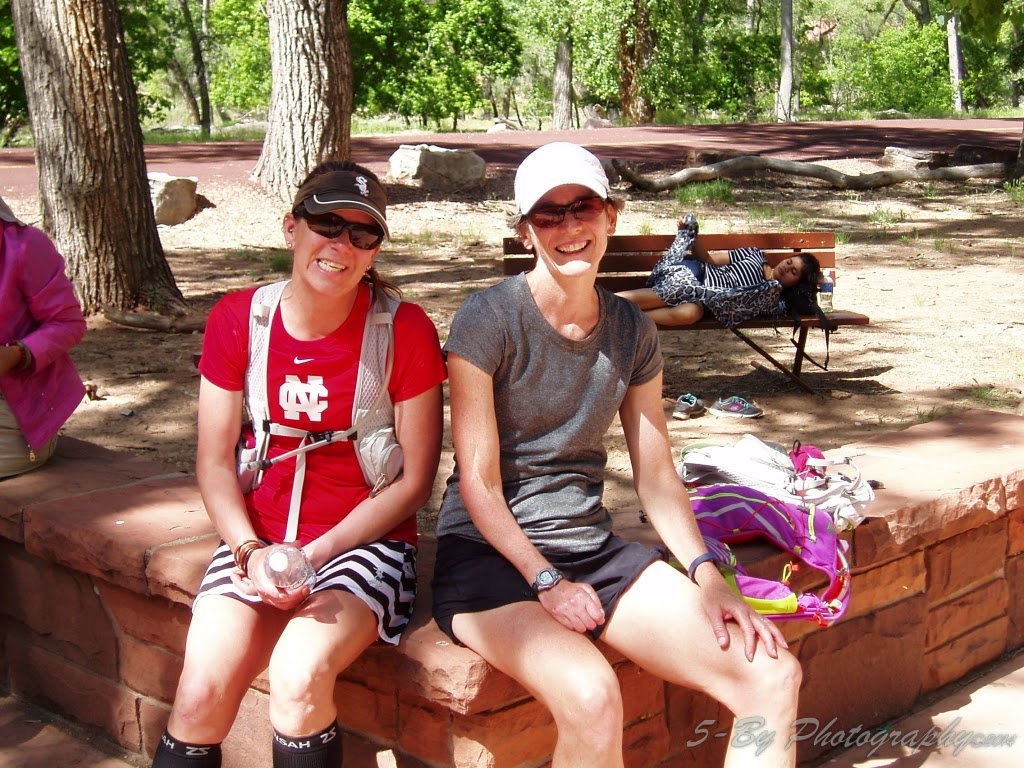 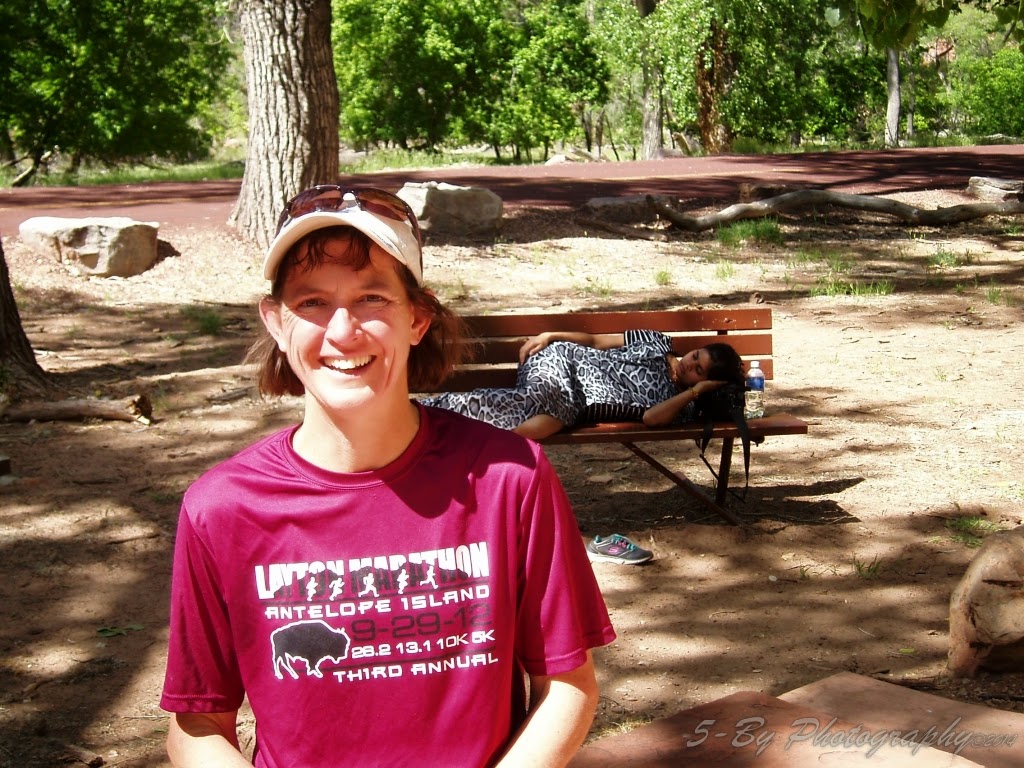 So we finished in approximately 10:30...none of us had any issues with food/water, only sore feet and a few bruises from falling (not me).  Jim arrived to pick us up within 20 minutes of arriving and took us to much needed beer and food at Oscar's in Springdale (yum!).  We then went back to St George for the hot tub and wine, and a spectacular lightening show.

A few more photos are located at:  Zion Traverse Photos

On Sunday morning, we looked at the weather and realized that there was no way we'd get to go to Kolob Canyon for a glimpse of the views we missed.  Snow was falling, and falling hard with heavy winds.  Not pretty at all, and made for an extremely slow and tedious drive back to Salt Lake.  Once again, we did the run in perfect weather and had the drive home in white out conditions.  Makes me wonder if I'm bad luck...

I really want to thank Carrie and the group for letting me tag along to both this and R2R2R.  I had a wonderful time and made memories I won't soon forget.  Maybe I'll come back to SLC to join you on another epic run in the future.  Till then, thank you and God Speed!


Posted by Lori Foringer at 7:45 PM No comments: