Sorry, this post is full of words and pictures...

A few months ago, I was introduced to another ultra runner, Carrie.  Her husband, Jim, works on base and I occasionally interact with him when our programs overlap.  After the intro, I was told that they do a Zion Traverse and were planning a Grand Canyon R2R as well as a R2R2R.  I was intrigued and asked to be kept in the loop.  The Zion was moved to a weekend that Mark was in town, so I decided to pass on that (not a good idea to tell the spouse you haven't seen in two months that you were going to take off and run across a National Park while he was here).  During the planning for Grand Canyon, we found out that the North Rim was still closed for the season.  That left only the double crossing as an option.  What the heck, I may never have the chance again....

The 6 of us (Carrie, Jim (affectionately known as sherpa for this trip), Jim, Nate, Jacob and I)  had a plan, then proceeded to deviate from it.  To avoid the heat on the canyon floor, the plan was to start at night and finish by mid afternoon, so we'd be climbing out of the canyon during the heat.  Well, mother nature decided otherwise.  A spring storm was bearing down on us and threatening with snow, lots of it!  Instead, we got up early in the morning and drove from St George UT down the South Rim.  Luckily we had a a designated driver.  The 5 of us started mid-morning, finishing in the wee hours on Sat.  That meant we hit the heat on the floor, but missed the rain and snow by mere minutes!

This was my longest run ever, both in distance and time.  Also it would be the first time I had really run at night with a headlamp.


The 5 of us, ready to start our adventure: 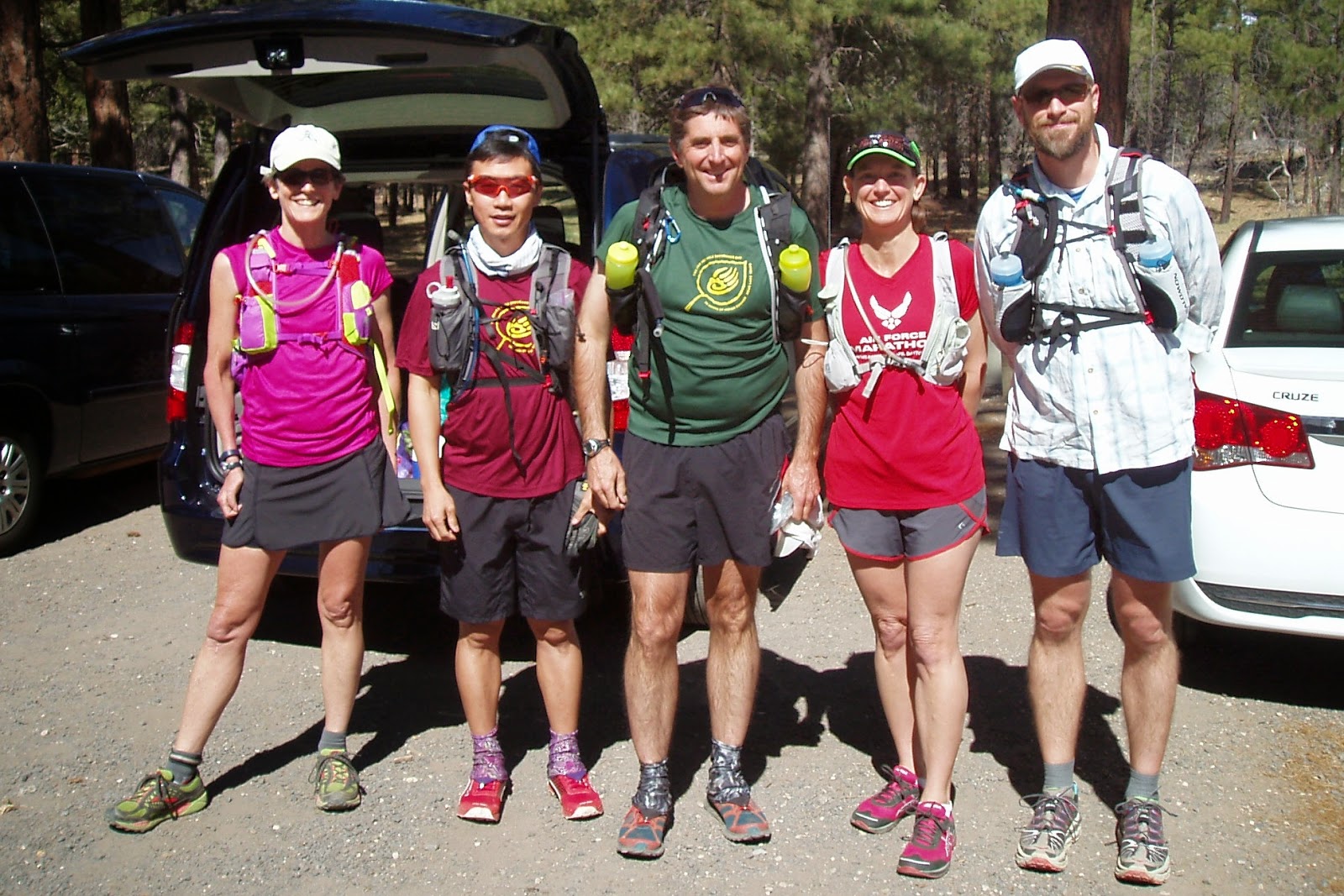 We started at South Kaibab Trail, ran down to Phantom Ranch across the canyon and up to North Rim, and returned via the Bright Angel Trail for a total of 46 miles.  We completed it in 15:30-15:45, not bad in my opinion. 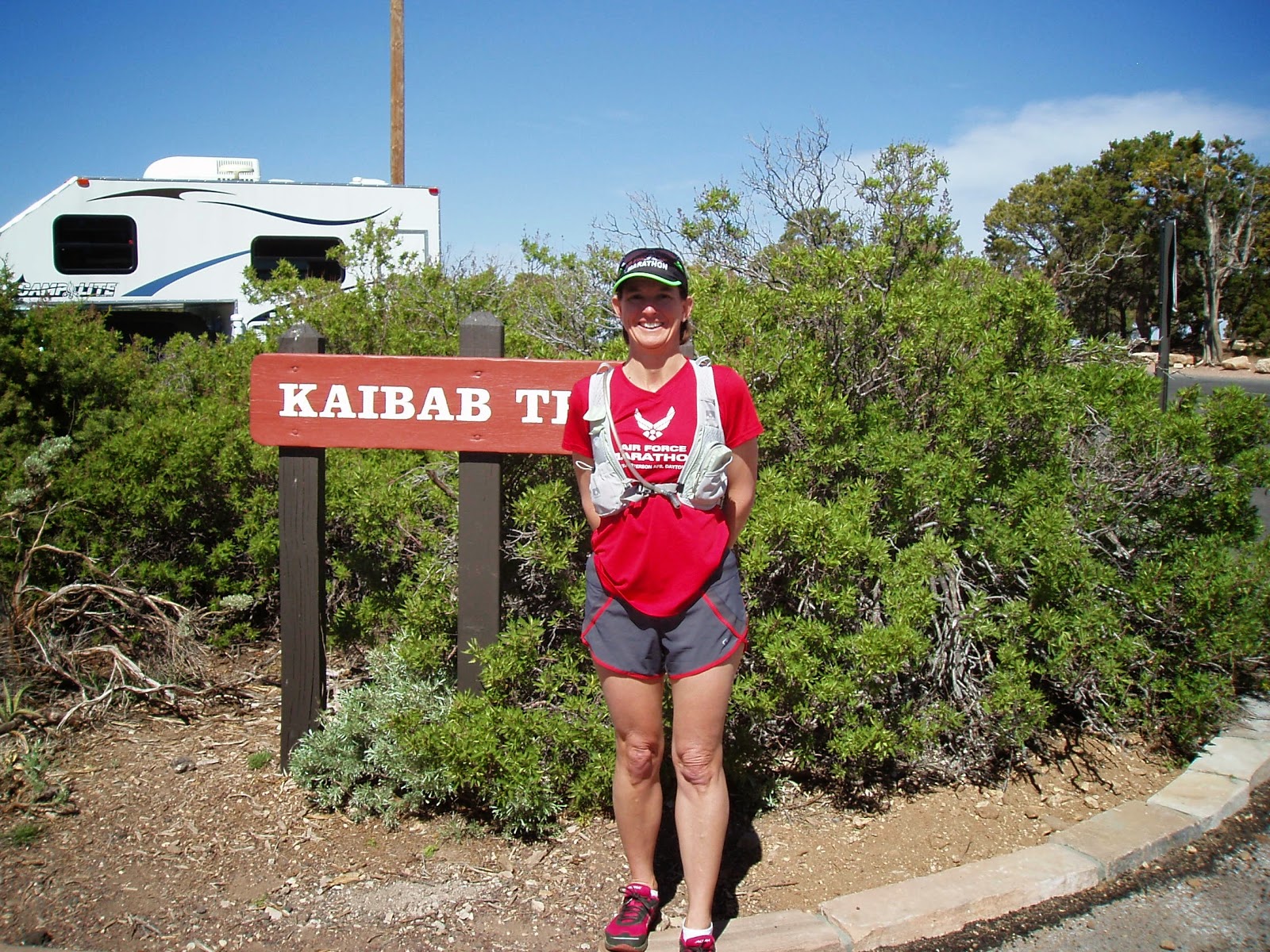 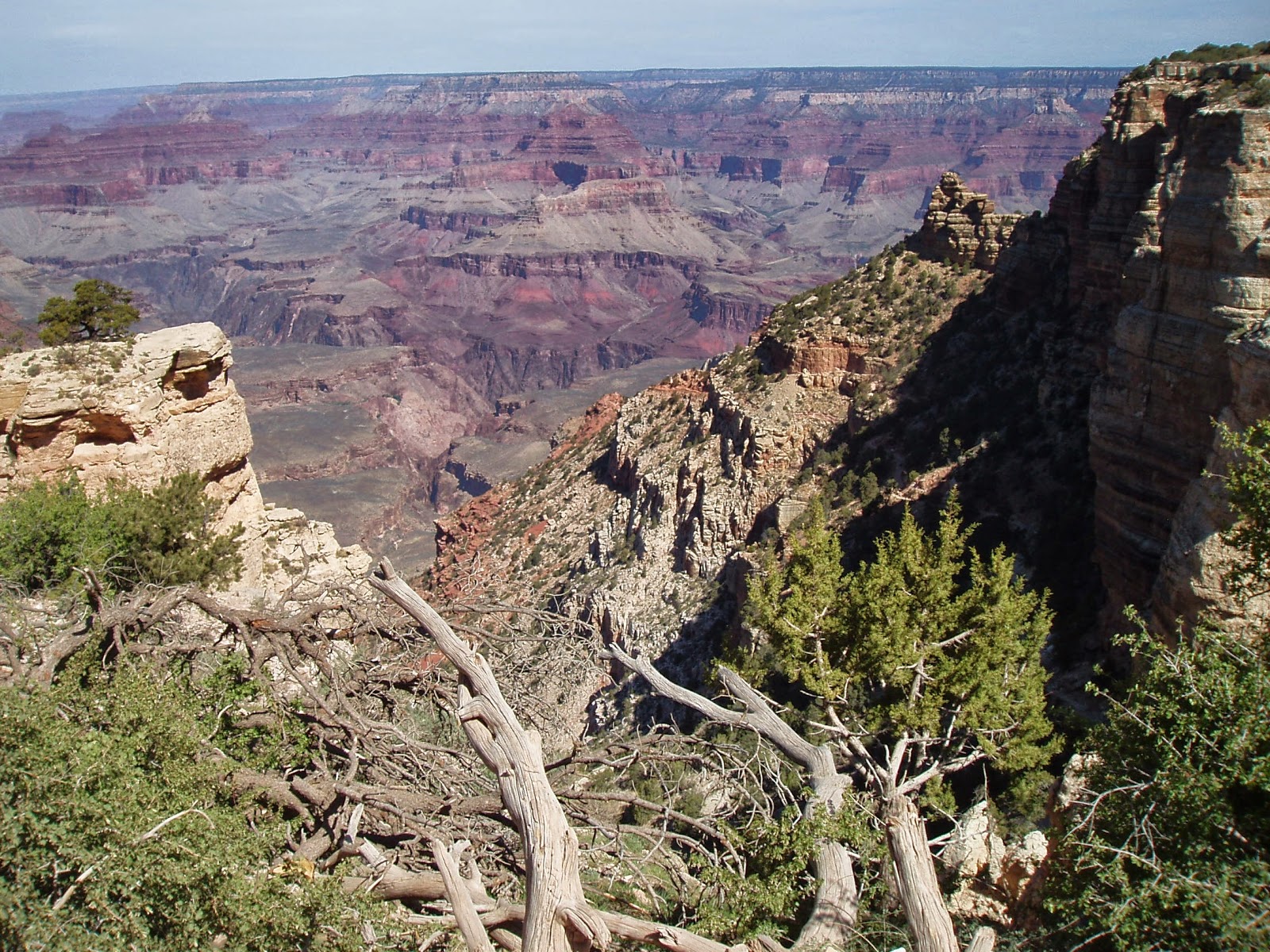 The trail runs along the ridge at the left then down where you see the switchbacks to the Colorado River. 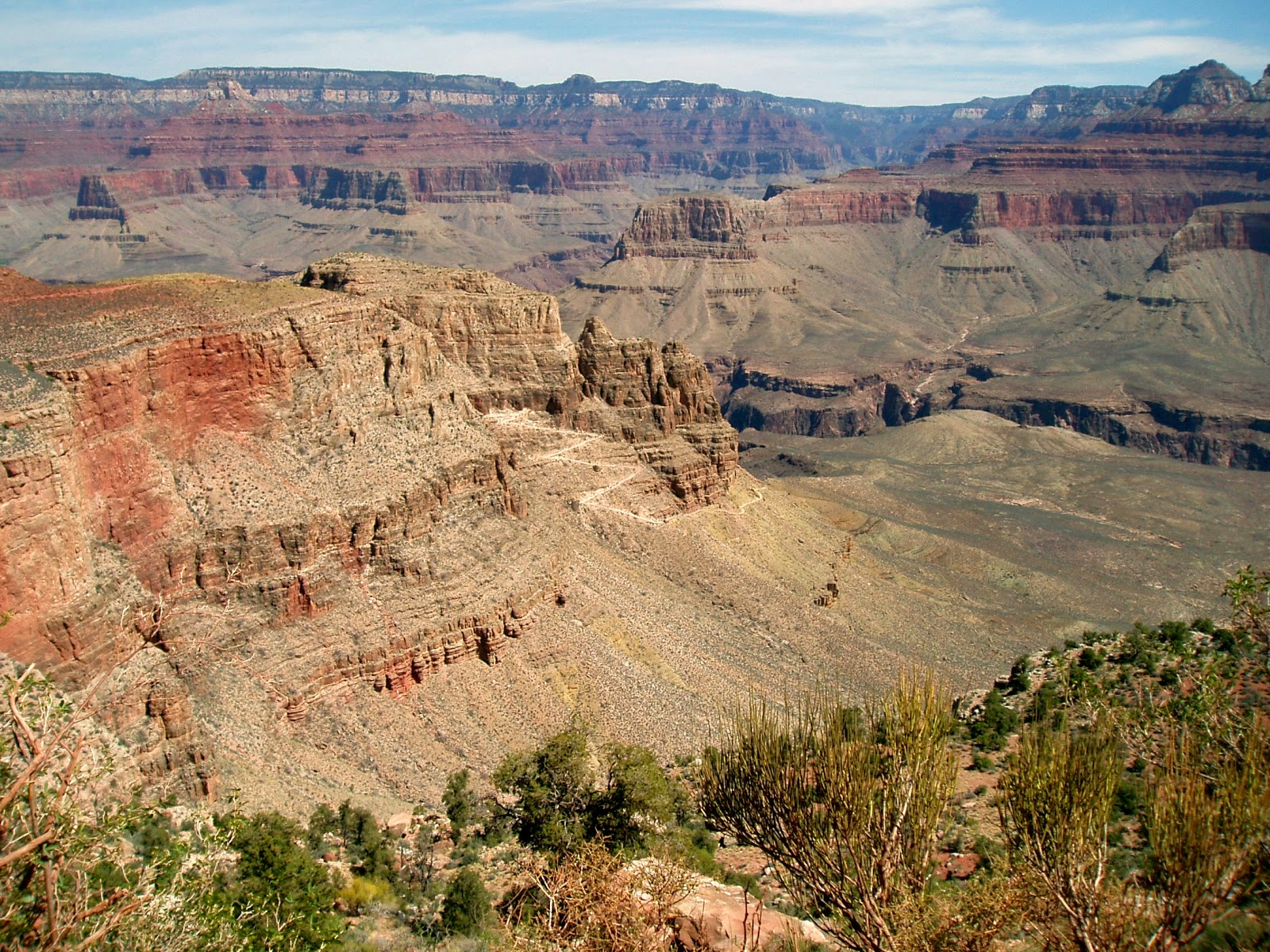 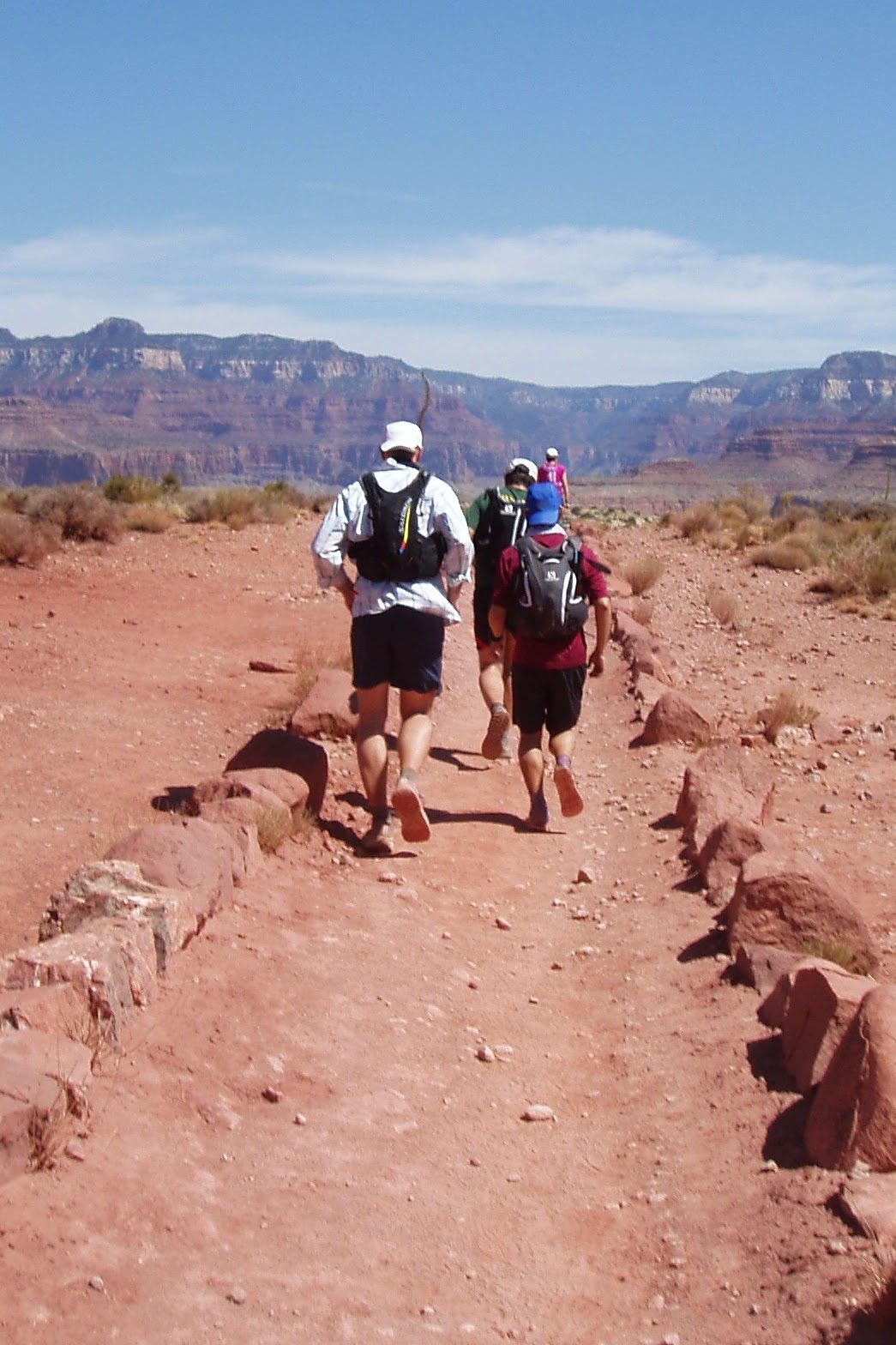 Mule train coming up the trail 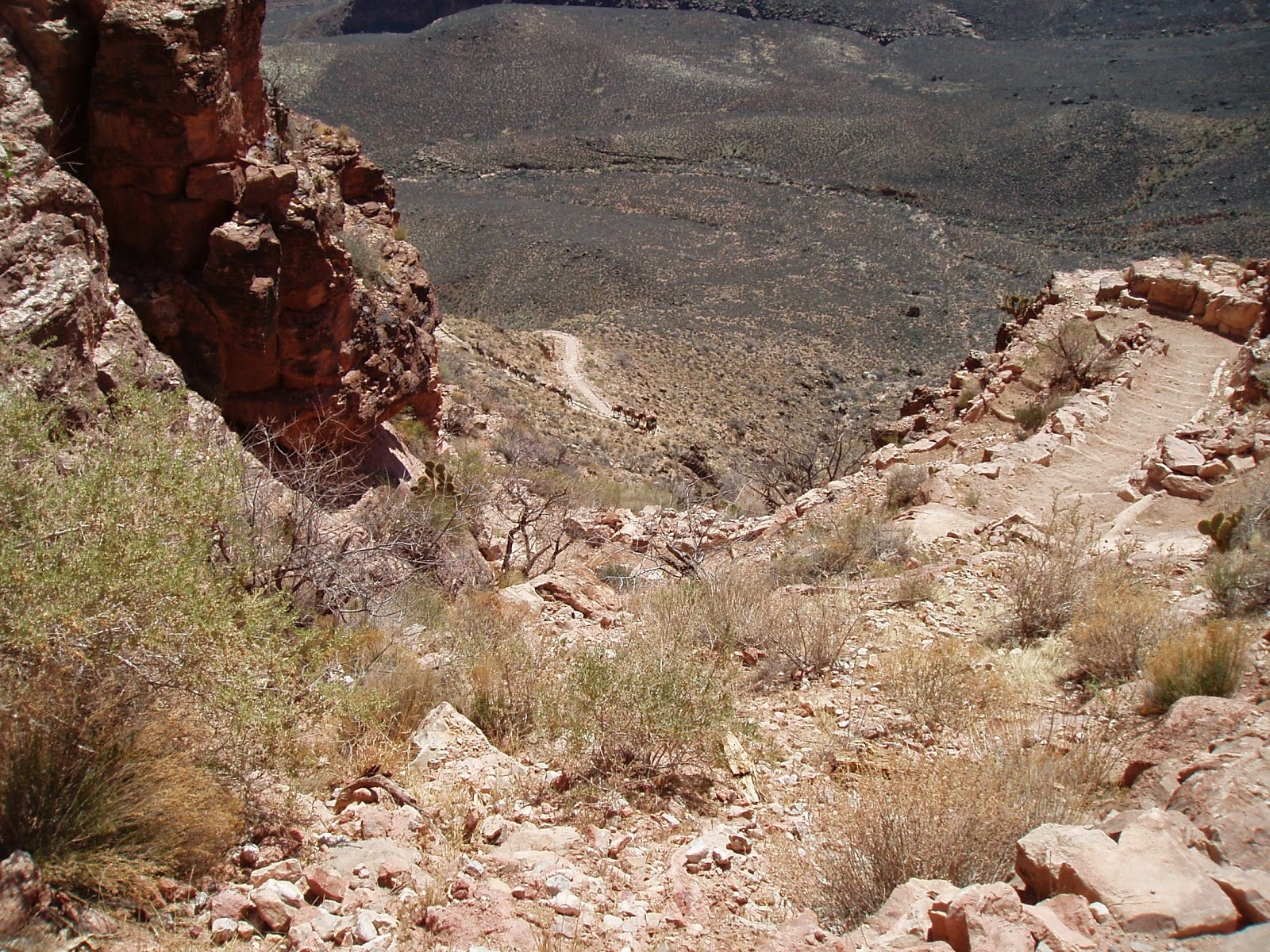 Carrie waiting for the mule train to pass 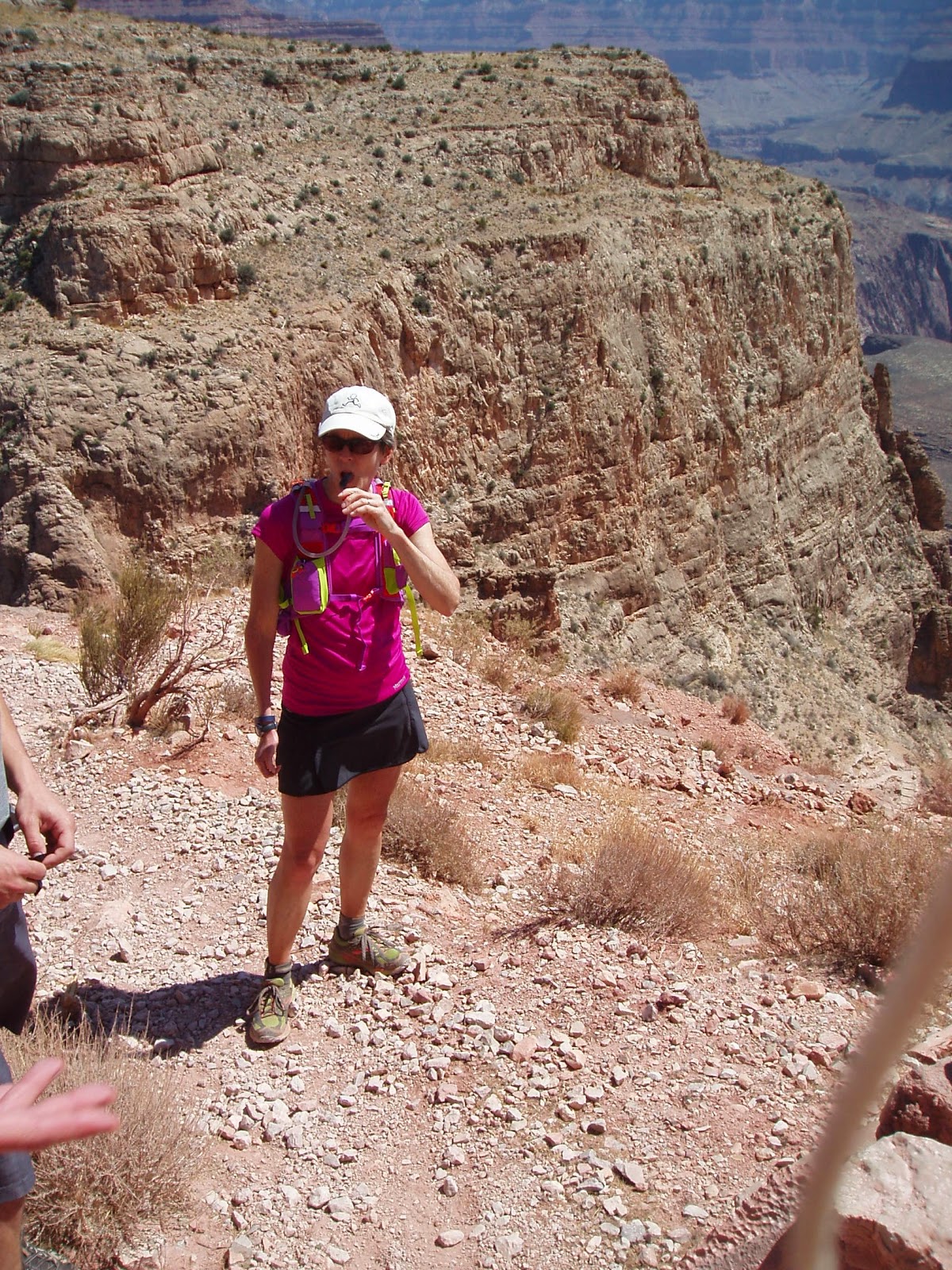 Sighting of the Colorado River 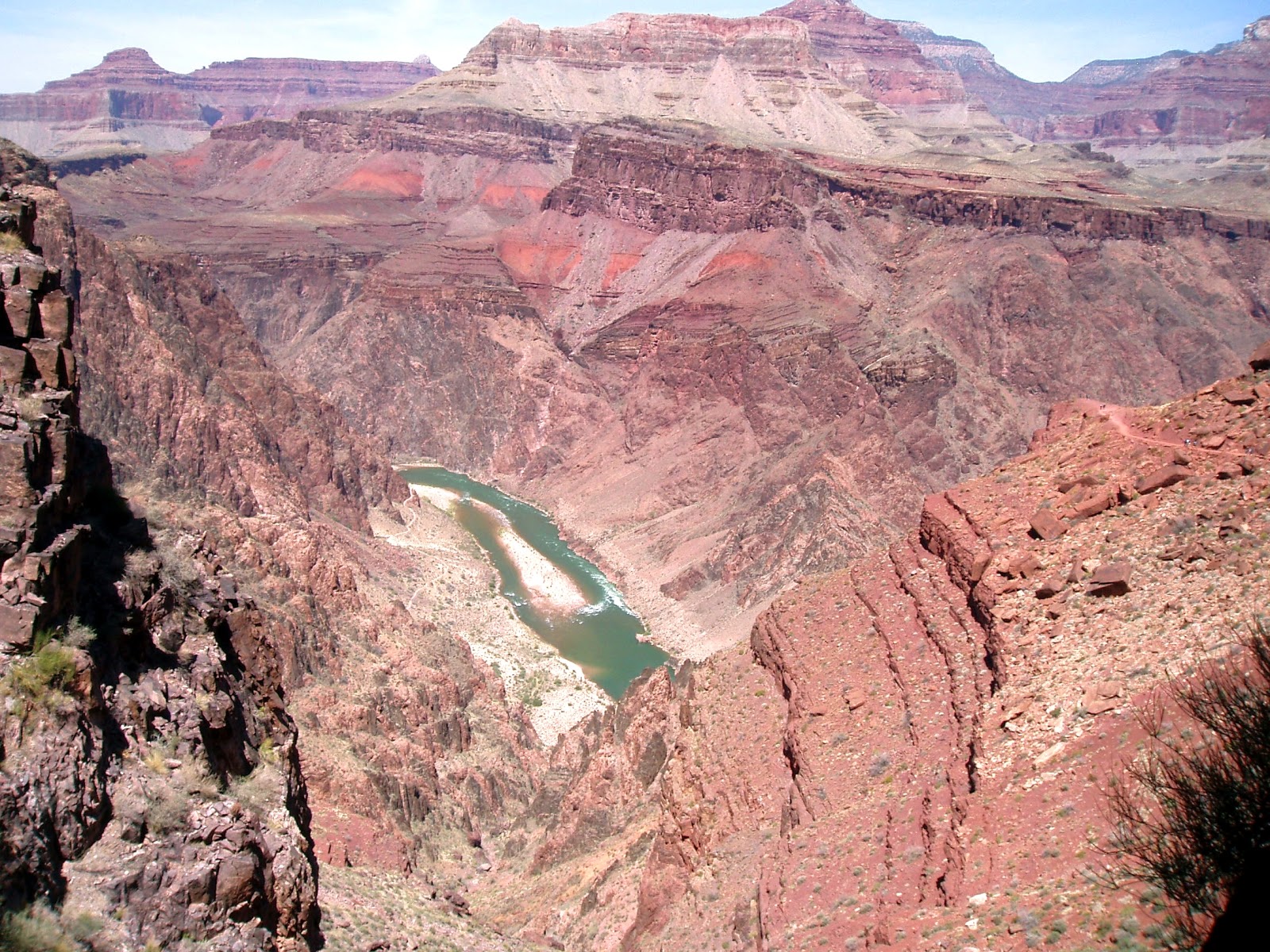 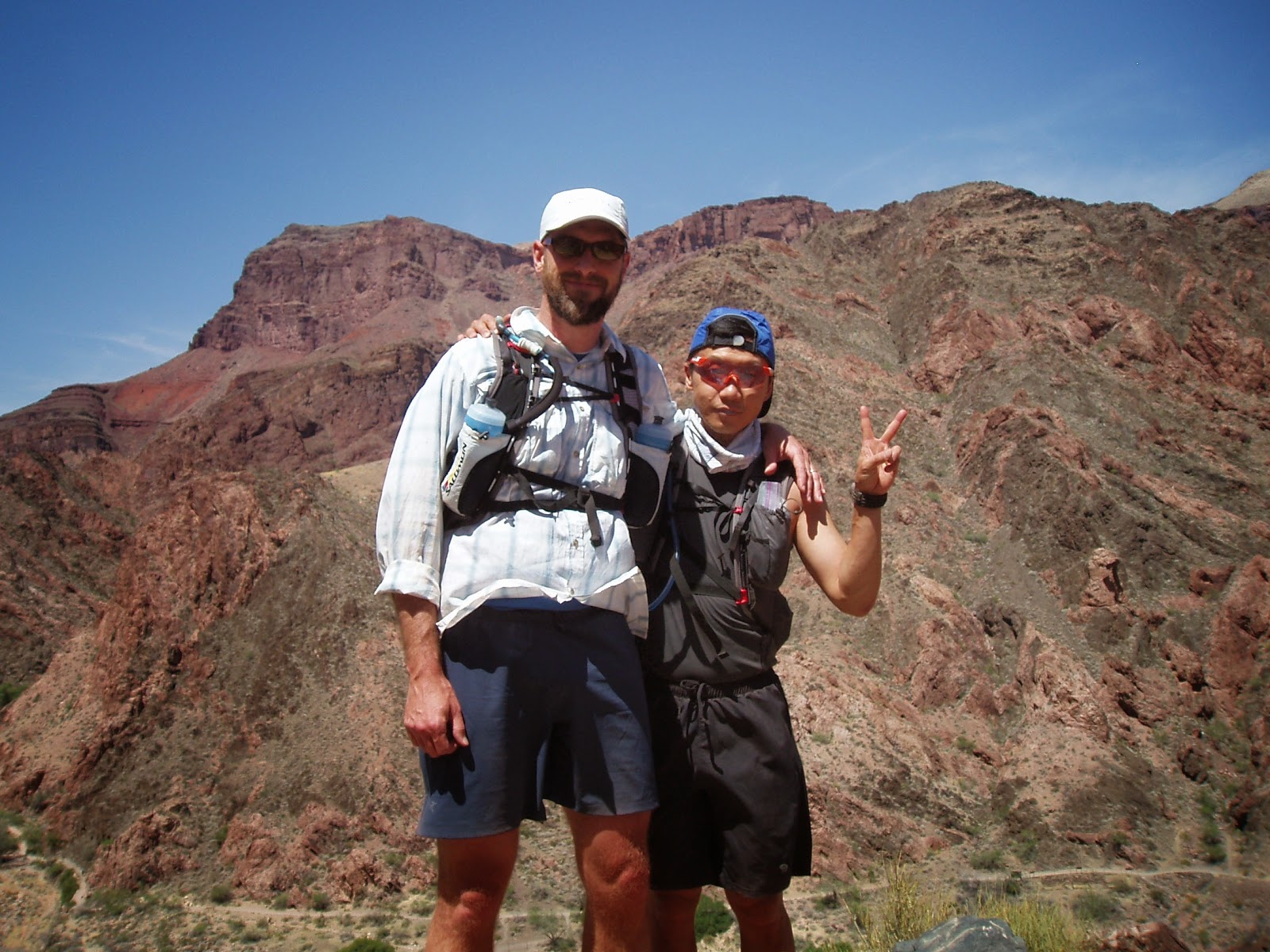 Getting closer to the bottom...the bridge in the picture was the one we crossed on the return trip back up Bright Angel Trail.  It was too dark to see when we returned... 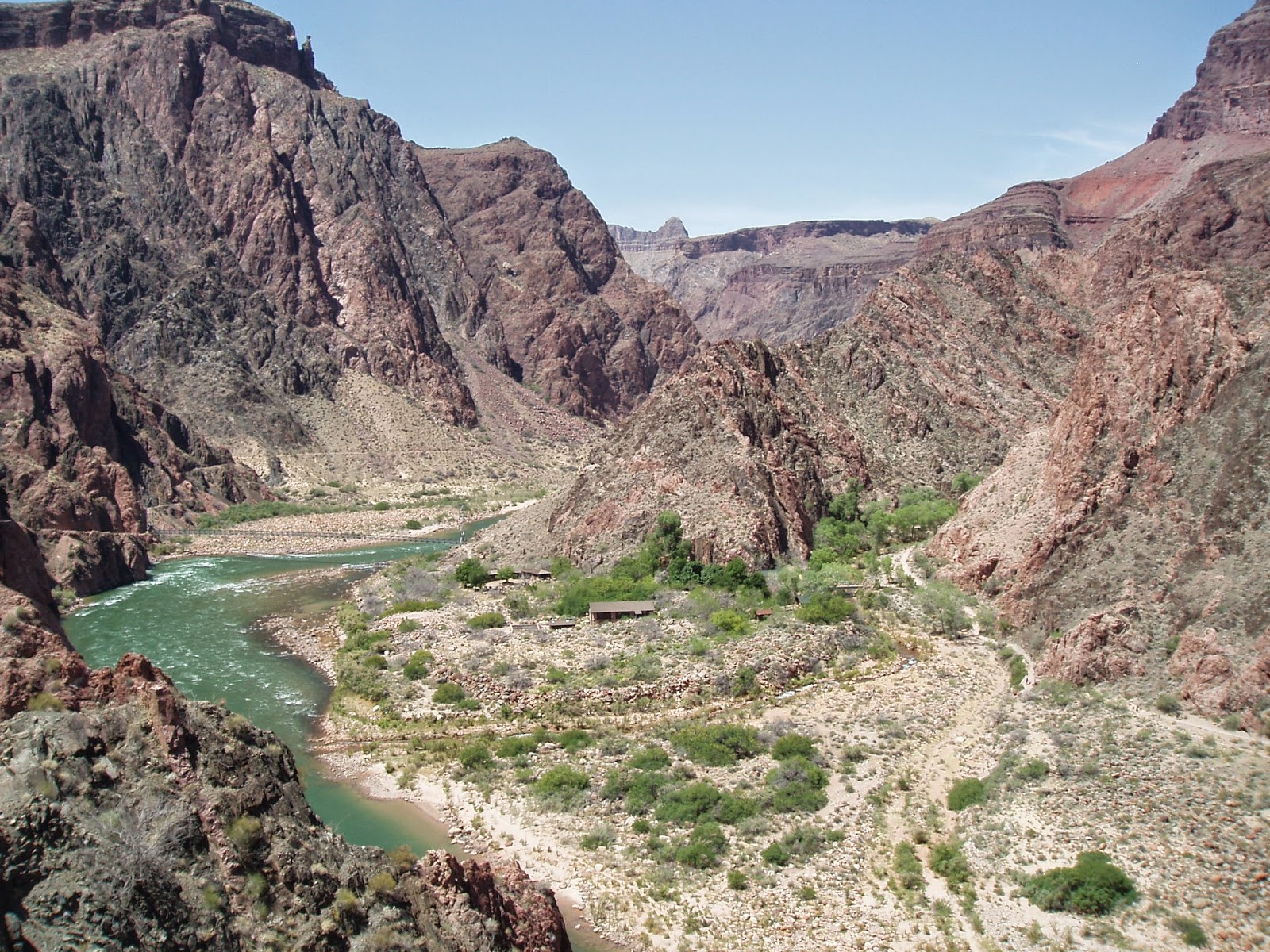 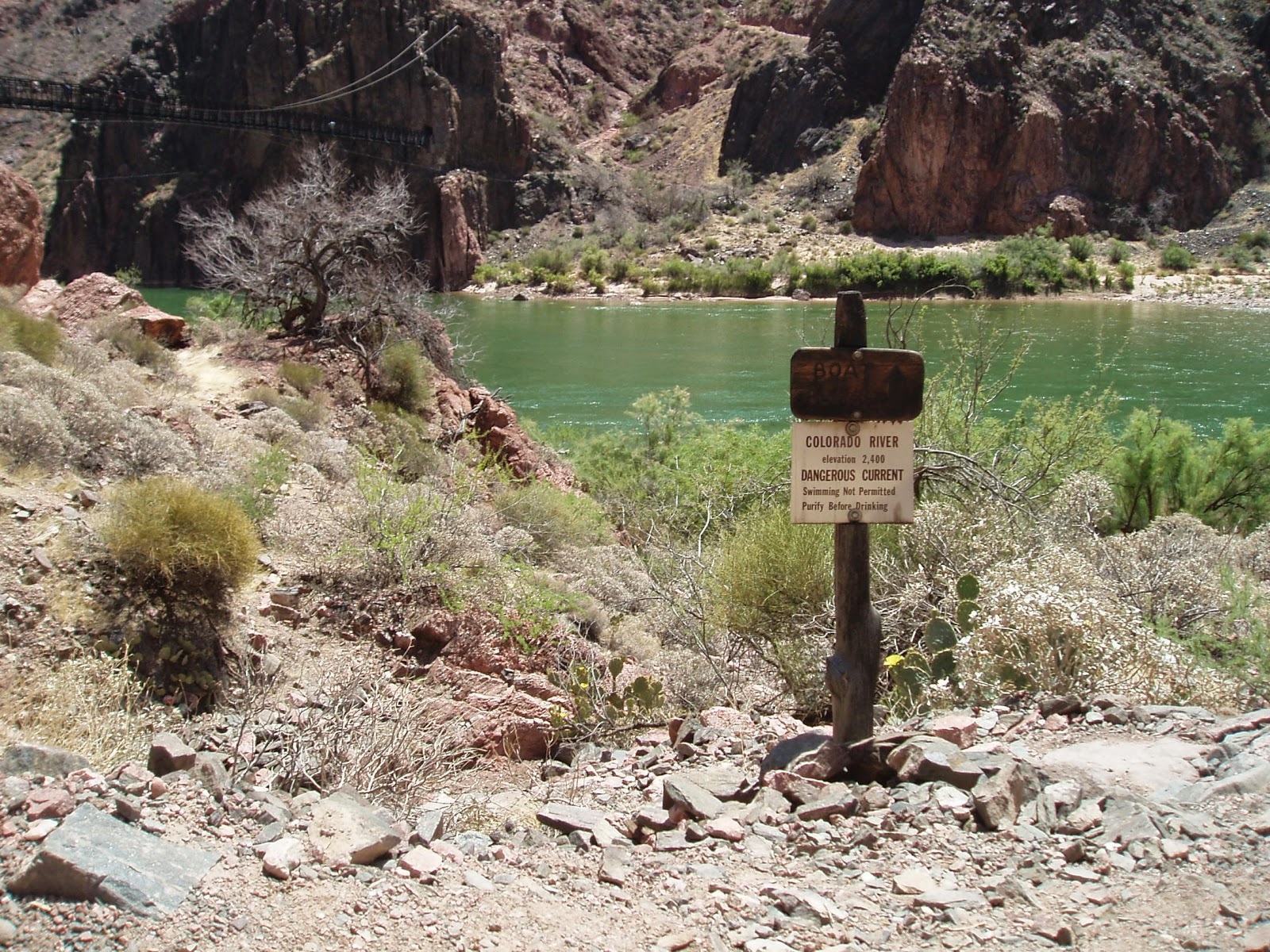 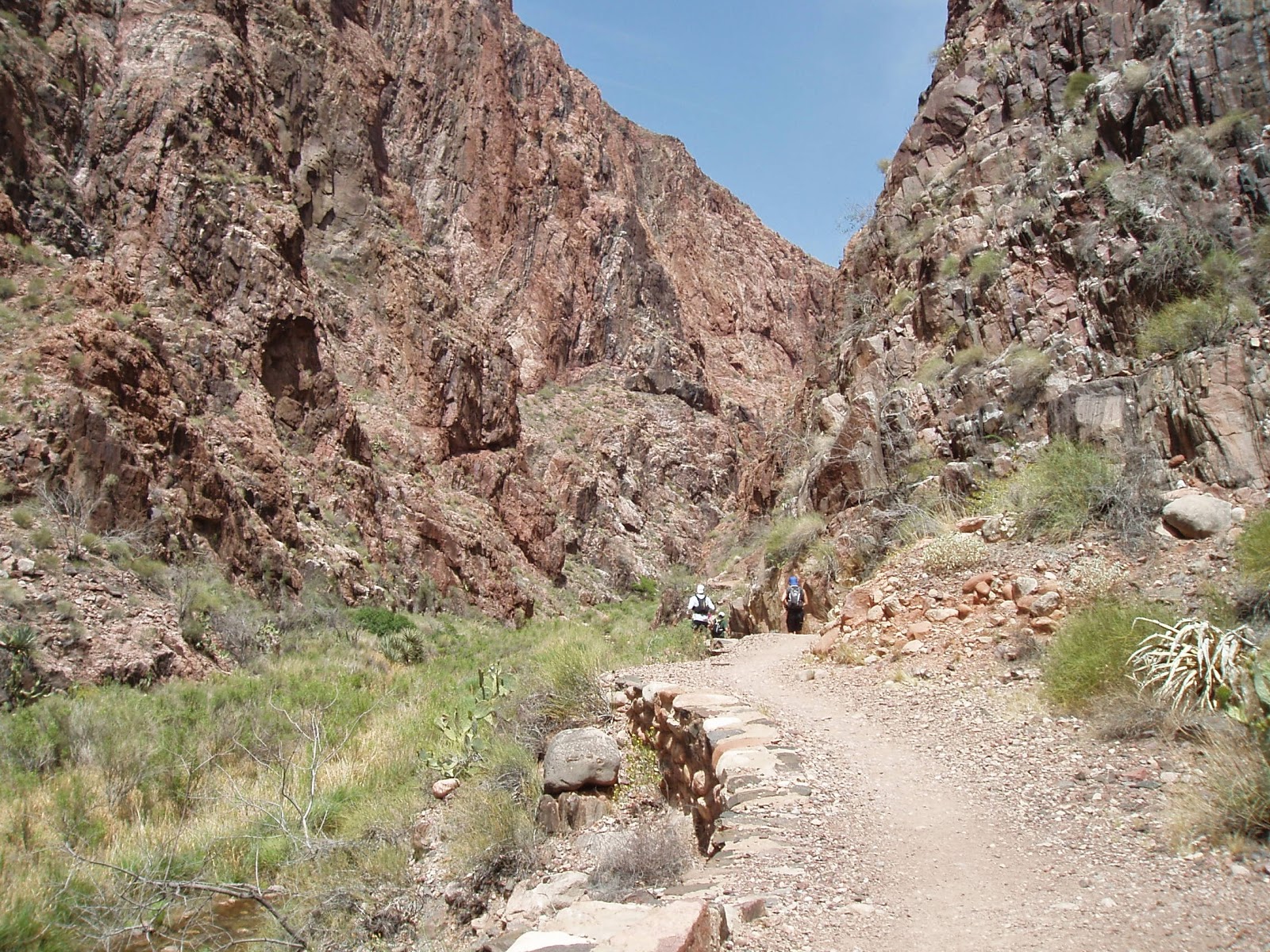 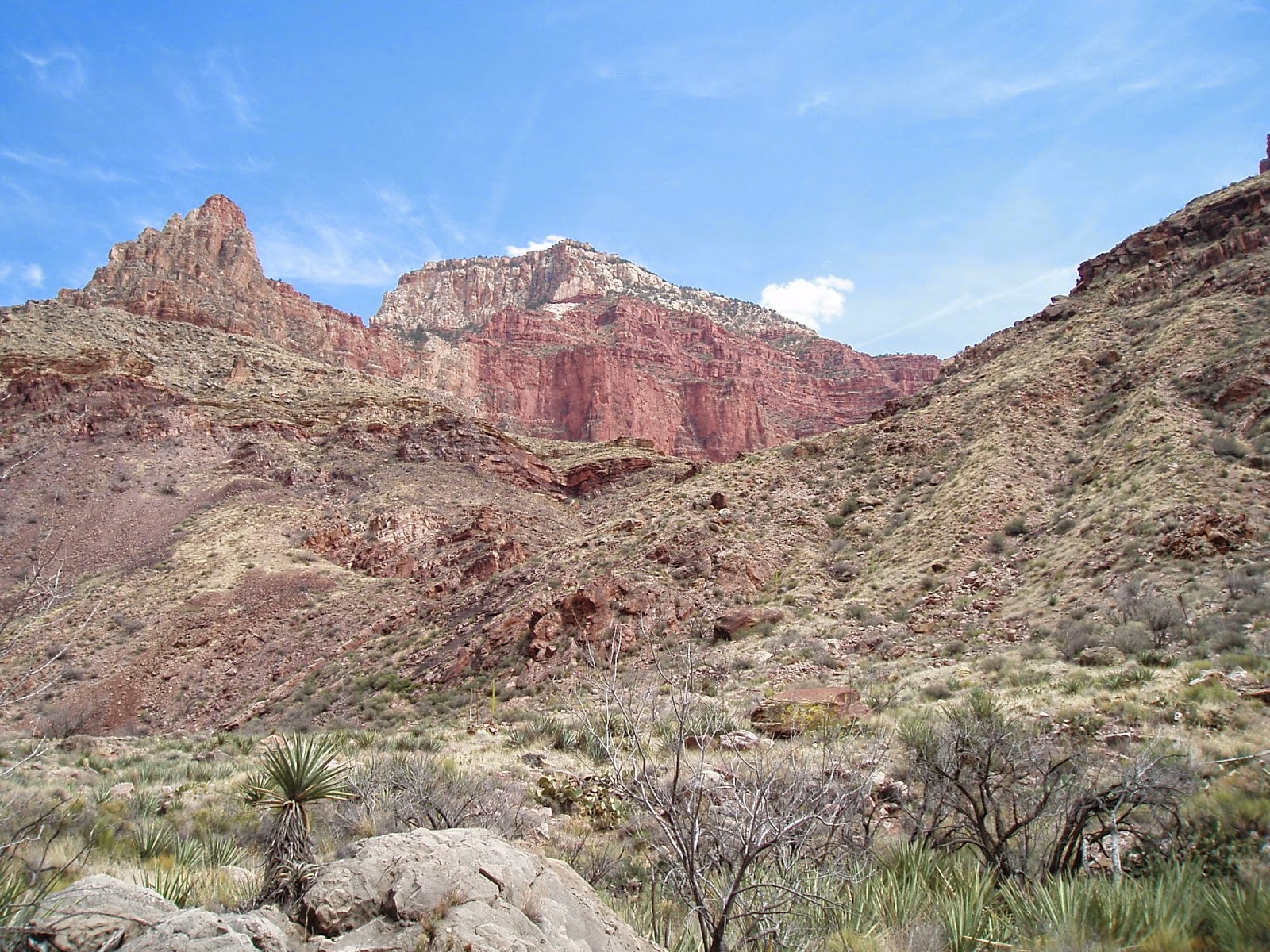 Roaring Springs:  All the potable drinking water available is pumped from this spring 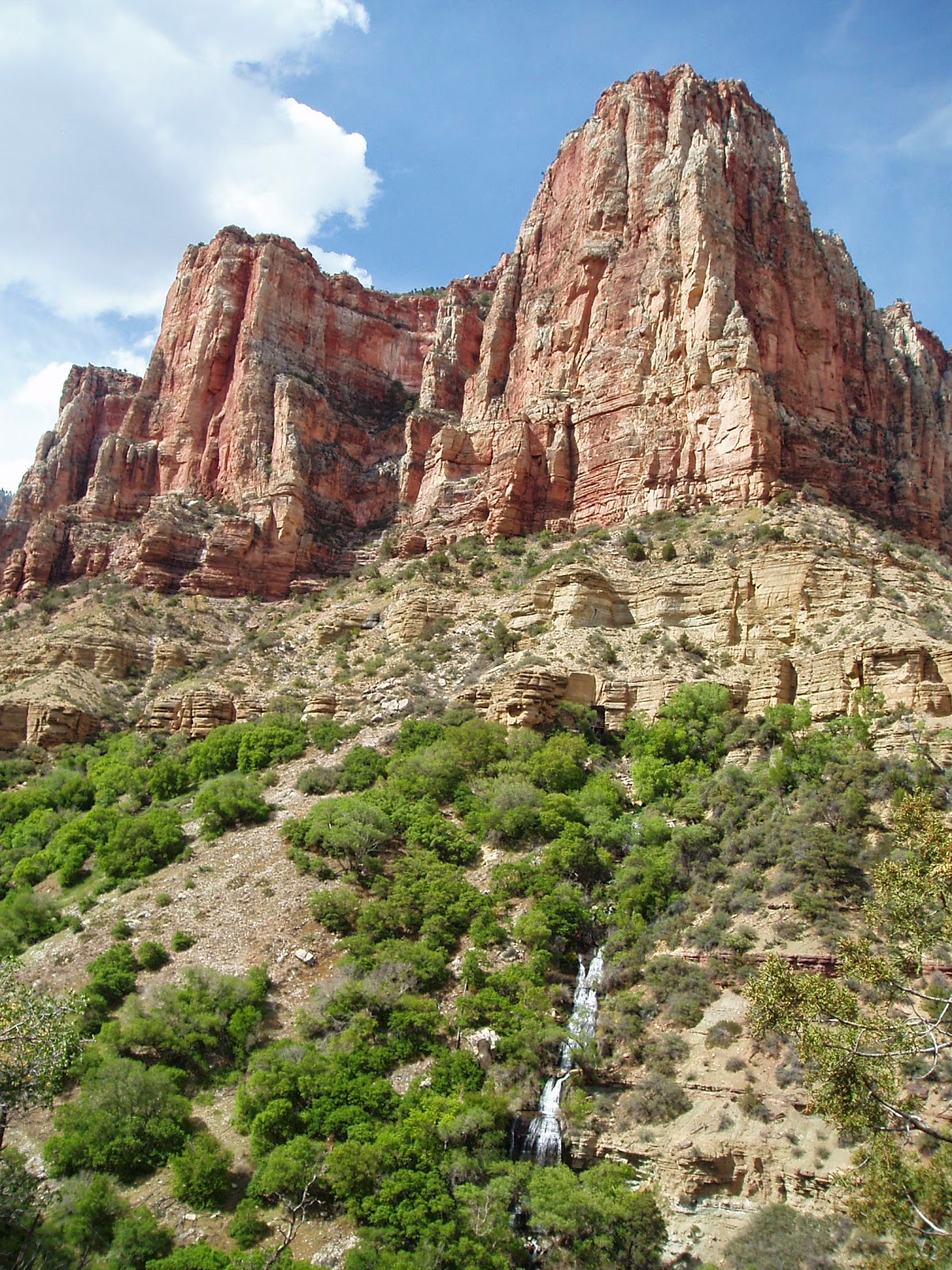 Getting closer to the top of the North Rim, you can see the trail meandering along canyon here 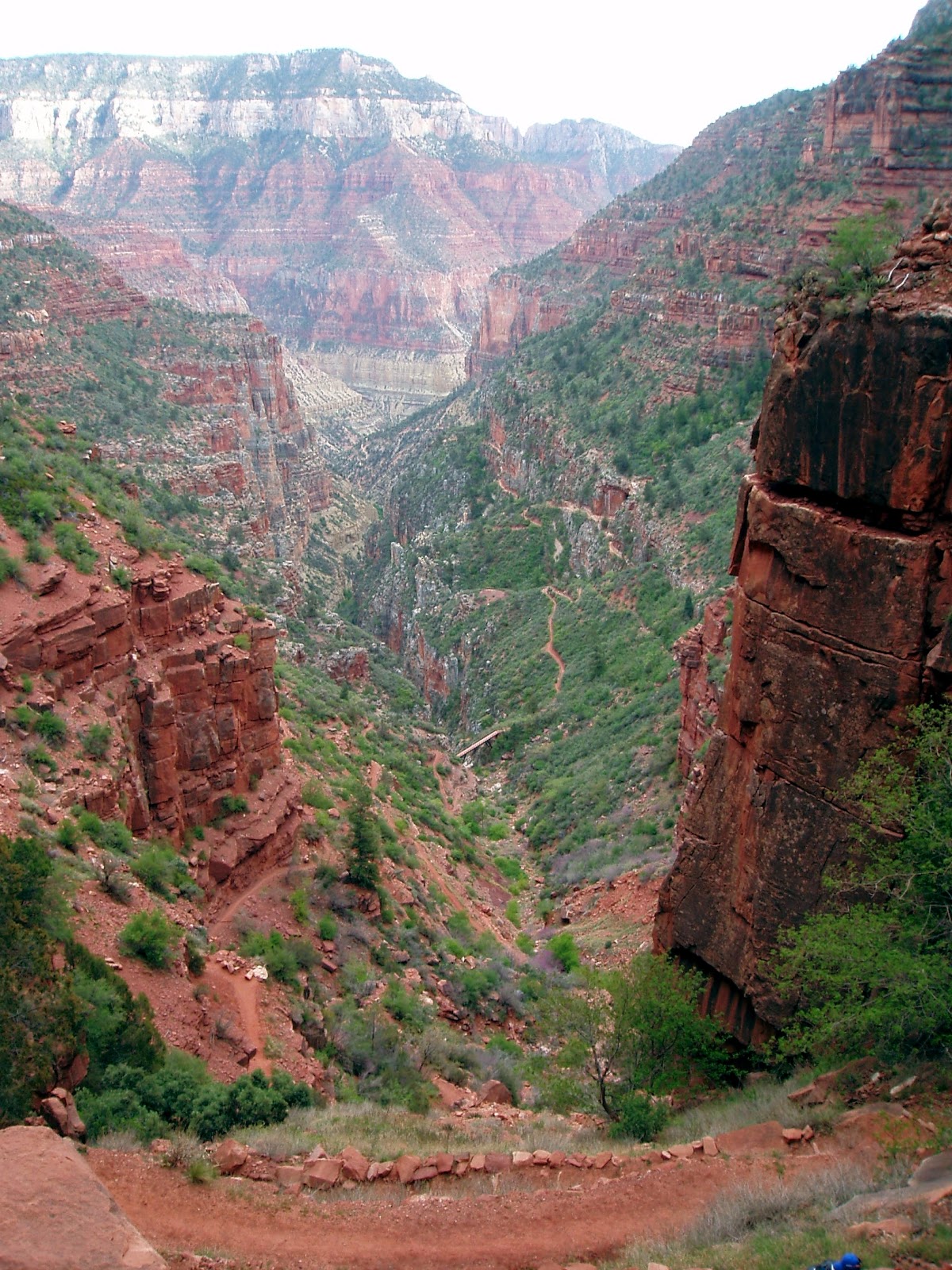 Almost to the top of the North Rim looking across to South Rim: 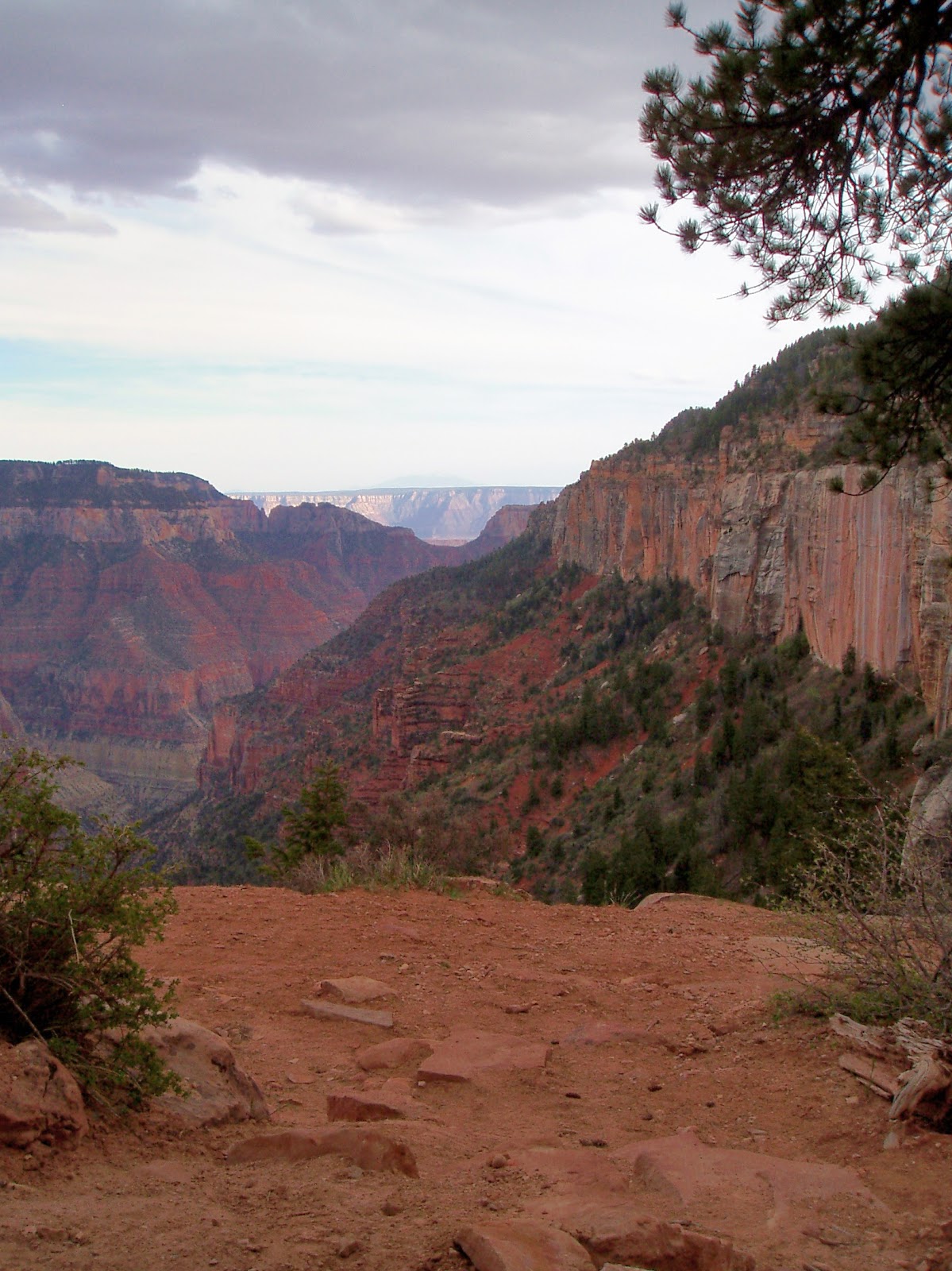 Proof I made it one way...Since North Rim wasn't open from the road, the only way out was the way we came. 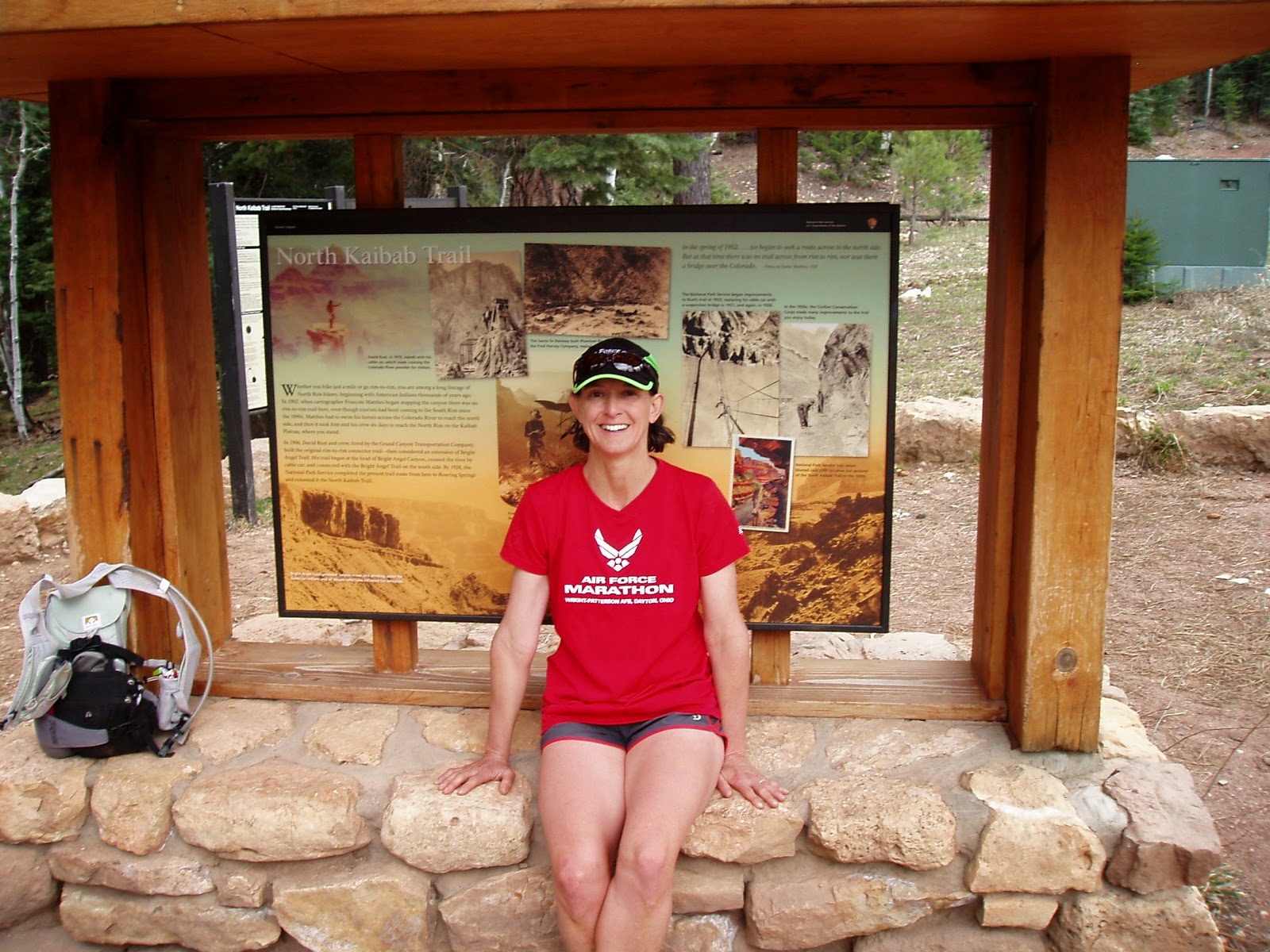 From there it got to dark to take pictures due to the canyon shadows.  We had some adventures throughout the trip...Jacob had his rice balls stolen by a crow while trying to shoot video.  The ranger tried to dissuade us from attempting this adventure, until she realized we were well prepared.  There were rattlers, hummers, nightjars (I almost picked one up unexpectedly), king snakes, deer and bats.  The wind blew the dust into everything.  We all had challenges, but we persevered and finished with no injuries, only sore muscles and the pride of completing.  It was really late when we arrived back on the South Rim.  Jim had pizza and beer waiting for us.  We no sooner than drove out of the park toward our hotel and the rain started coming down.  It turned to snow before the sun was up.  Talk about good timing.

It was a great trip, one for the memory books!  Thanks to Carrie, Jim, Nate and Jacob for letting me tag along.  I had a blast!