Well, this is going to be hard to write.  I had such good feeling about this race, but everything fell to pieces.  I know everyone has a run that demotivates them and makes them doubt why they do it.  This was mine.  On the positive side:  I finished.  Now to figure out the lessons that will help me in the future...

Overall race report:  Well organized race, markings were clear at every turn.  Aid stations were friendly and helpful. The views were spectacular and the single track gnarly.  The amount of jeep trails and road were a big turn-off for me.  While I’m glad I ran this, i’m not sure i’d do it again.  Another downer: at some point, there was a decision not to offer soup (although advertised on website). That would have helped me.

So details on the race: Bel Monte is a out and back course in the George Washington Forest.  It uses a combination of single track, jeep trails and roads.  It was advertised as 6.6k elevation gain (so over 13k change), although it may have been more. It was described as this:  2.5 miles on the Blue Ridge parkway, drop into the trails, climb up to first aid station, drop to valley, follow river (and cross river a couple times), then run on a gravel road, followed by climb to Bald Mountain, travel the ridge and drop to the turnaround point, 26.2 miles away from start, turn-around and retrace your steps.  So essentially a double marathon.  This race had some tight cut-off times at the aid stations and a 13 hr overall cut-off.  I did my homework, figured out I only needed one drop bag at the 17/35 mile point.  I did a pace chart that gave me some estimates on when i’d get to each aid station (in case Mark decided to crew for me).  Based on my Cloudsplitter experience, I used the elevation chart to give myself a more realistic estimates.  I set my goal between 11-12 hours. 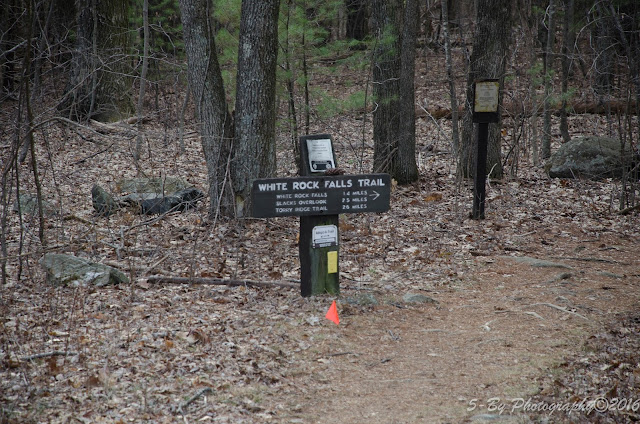 Some background on why I chose this race.  I was originally planning on doing the Buffalo 50 miler on Antelope Island in March again.  I enjoy Jim’s little race on the island and would get to see my UT friends.  However, when Mark and I decided on a trip to NZ this spring, I couldn’t justify the travel time this would require.  So I searched for a race that was a bit more local, and also gave me some extra training for World’s End in May, especially the rocky and hilly single track.   I had to wait to the last minute to sign up due to some family issues, but I was trained.  In fact, I was ahead of my mileage from last year’s Buffalo Run and had done strength training to supplement my running.  I was excited and ready.

Per norm, we were watching the weather closely the week prior to see if flying was a possibility. Given the choice of a 2.5 hr flight vs a 6-7 hr drive...I’ll take the flight.  There were some concerns as Friday approached, due to the Sunday forecast of t-storms, but there were no icing issues. We chose to fly.  Mark made arrangements to meet a friend from DC for breakfast and play golf while I ran.  Tad and Rita drove up for Friday dinner.  This time, I was careful on dinner choices.  Despite the hushpuppies on the menu, I did not order them...given my issues on race day, I should have ;)

I woke up feeling ready to race.  I was excited.  Since it was too early for breakfast at the hotel, we had brought some waffles and almond butter, nothing unusual.  I ate them and drank some Tailwind as we drove to the start.  I met up with the group from Cincy (David Aguiar, Steve Hamilton, Adam Coomes, Mike Rioux) that were also running to 50 miler.  Temps were pleasantly in the 50s and expected to get to mid 60, with overcast skies.  Perfect running weather! 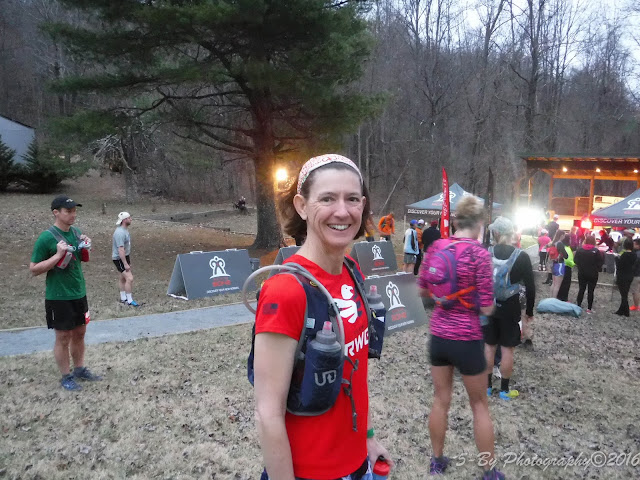 I started off running with Adam, who was running his first 50 miler, since we determined we were about the same pace.  The course didn’t disappoint.  We hit the first aid station pretty close to predicted times.  I was feeling great.  Down the switchbacks we went (I would curse them on the return). I felt sorry for the 25k runners, as they went to the bottom, only to turn around and climb right back up.  Yikes!

Looking down at the 25k turnaround 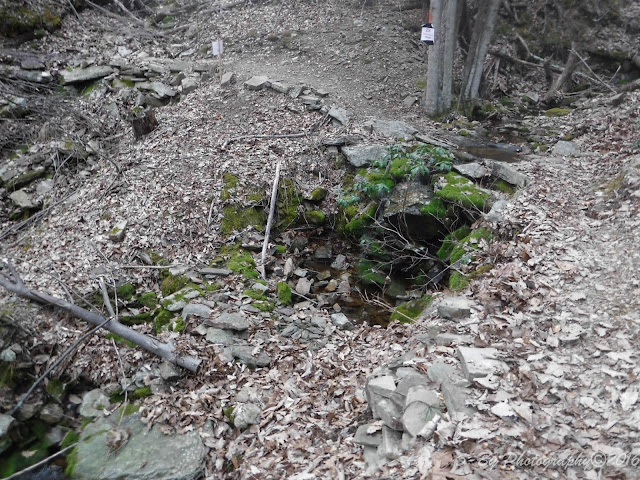 We then hit a flat stretch of single track that followed the river.  8-9 miles in, time to find a place for a potty break.  Nothing abnormal for me.  Back on the trail, only to need to go again in 15 minutes...WTFO???   This was not good.  This became my pattern: eat, drink, find a tree. 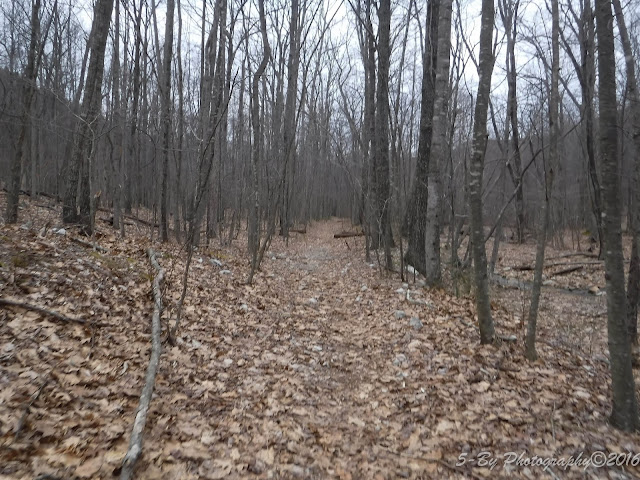 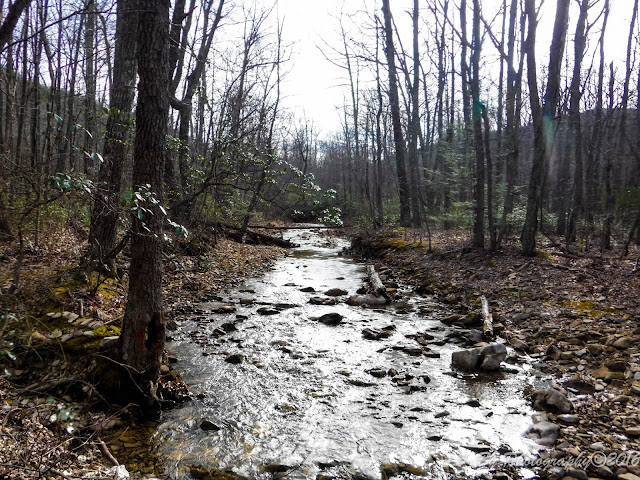 When I got to the Kennedy Trail Aid Station and my drop bag, I changed my wet socks, grabbed some more Tailwind and some potatoes.  Dave caught up to me and was a bit surprised.  I took off to start the 9 mile section to the turn-around.  Dave would catch me again, going down to the turn-around.  The leaders were starting to head back to the start, so it was nice to see both Mike and Adam looking strong climbing back up the hill.  This 18 mile section was the hardest on me.  It was all rocky jeep trails.  While single track isn’t the easiest, I don’t really like jeep trails.  There’s just something about them that drive me crazy.  I noted that my hips were hurting, which was surprising.  I think the unevenness and slopes of the ruts just pounded my body in a different way, despite my efforts with strength training.  I made my way to the turn-around, filled my bottles, grabbed some potatoes, said hi to David and took off up the mtn again.  I expected David to pass me on the way down, but he never did.  I worried that he wouldn't finish, but he came through the finish line about 10 minutes after me!

It was on this leg of the race that I seriously considered stopping at Kennedy Trail, 35 miles in.  I was down on myself. I was still within my goal times, but just nothing was working. I then came across a vista that made me change my mind: 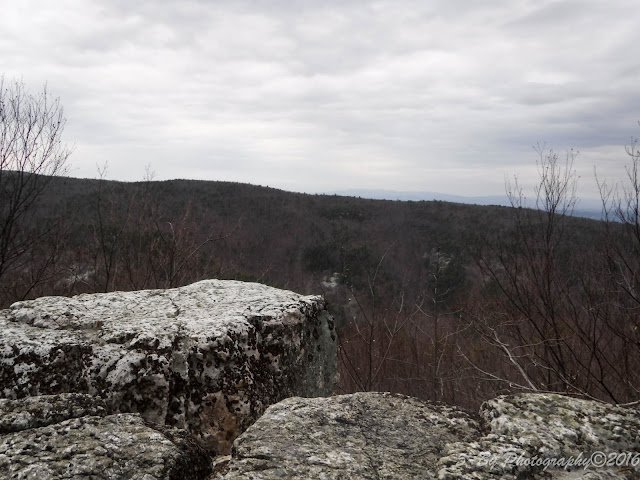 It helped that the next 3 miles were downhill...I started running, feeling really good.  In fact, I came into the aid station and one of the volunteers said that I looked fresher than I did at the turnaround.  That perked me up even more!  Although I was moving again, I had the volunteers put my light in my pack, just in case. Grabbed a Nuun tablet to change things up and a handful of potatoes and set off to the next aid station.

I plodded along the road and made up some time, getting to the 38 mile point with over an hour on the on the cut-off times. I barely slowed to grab a bit more water.  I couldn’t eat at this point, and even my trusted Tailwind was getting old.  However, I figured I could hike it in and still finish (I can do about 3.5 mph hiking if needed).  That’s just what I did.  I ran some of the downhill on the last leg, but it was rocky and I started catching my toes on the rocks.  Given the upcoming NZ trip, I wanted to finish with no injuries.  At this point, I realized that I was not going to make my goal time, so I took some photos.

yes, those rocks were on the course... 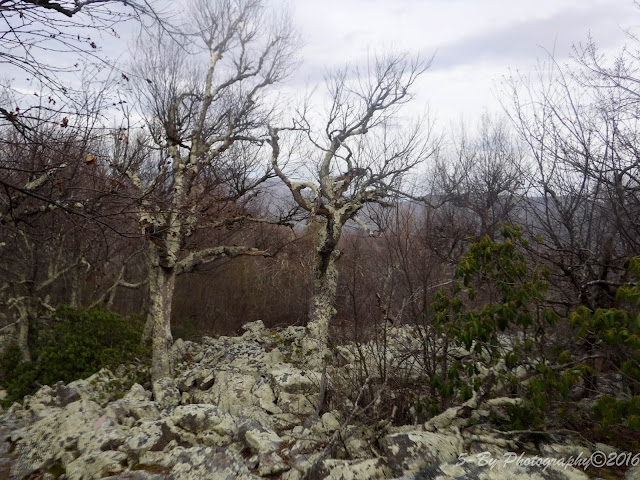 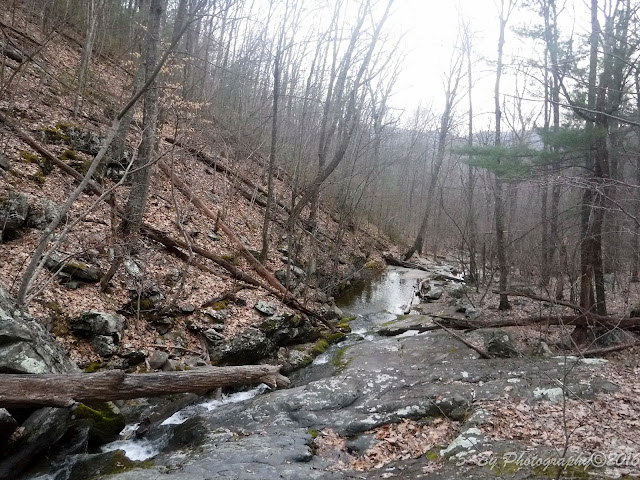 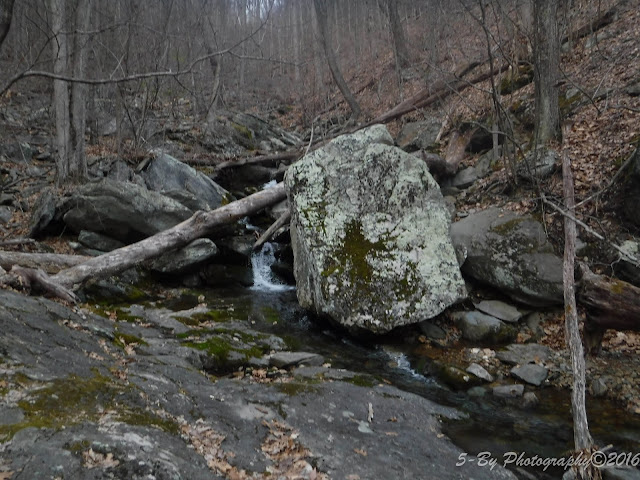 I hit the BRP, just as the sun was setting. Mark was there to cheer me on.  (Have I mentioned recently how great a husband I have?).   The last 2.5 miles were torture...uphill pavement finish.  I tried to run some, it just wasn’t happening.  Turns out I made the right choice grabbing my light back at Kennedy.  It was needed. 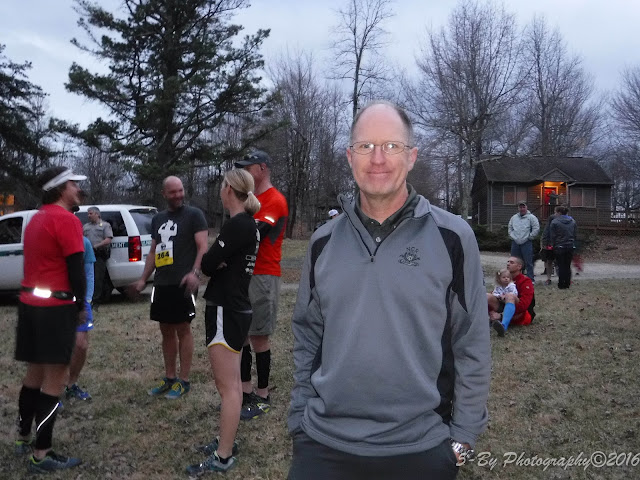 Later that night, after showering and trying to eat food, I broke out in a cold sweat...and was feverish.  This was very similar to a stomach bug that Mark had at Christmas...much delayed reaction on my part.  The next morning, we grabbed some AD medication and Mark safely flew us home between storm systems.

In the end, I finished the 52.4 miles in 12:18.  I was 27/41 finishers, 4/7 females.  There were 17 females (80 total) signed up, but there was also an option to drop to the 50k if desired during the race.  I don’t know how many actually started, or dropped, or failed to make the cutoff.  I missed my goal, which disappoints me, but I finished. All of my friends finished as well, with Steve making the wise move to change to the 50k.

truth in advertising...the camera didn't work the first time, so we tried to recreate the finish. 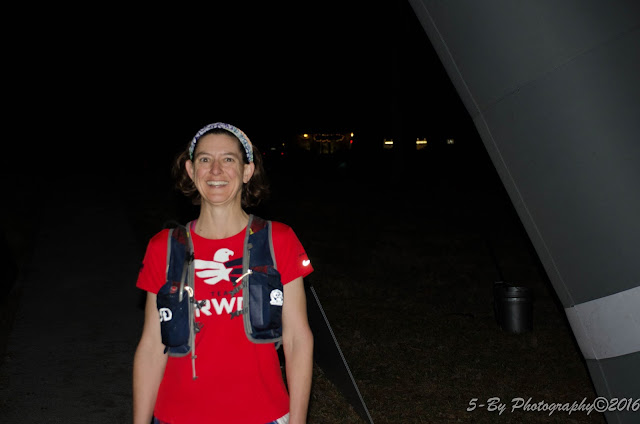 Lessons Learned:  I have to do better at keeping a positive outlook when things start going bad, which they ultimately will at times.  Maybe I need to stop longer at aid stations to regroup...  Unfortunately, I fear that if I sit down too long, I’ll never get moving again.  I also need to research the course a little bit better before setting my heart on it.  I knew about the 5 miles (total) on the BRP.  It wasn’t until much later that I realized there were almost 7 miles on a gravel/paved road in another section of the race (3.5 each way).  I also missed the amount of jeep tracks.

On the positive side:  Despite a stomach bug, I persevered. It shows, that I can do anything I set my mind to. I was never physically in danger, as i was making sure that I was drinking and getting electrolytes.  I was out there doing something I enjoy.  I got to see old friends and meet some new friends. Negative thoughts are not helpful, find something positive to focus on.  For me, I focused on picking up my feet and placing one foot in front of the other, step by step...never give up.  I think the strength training helped.  My quads don't feel beat up, my hip flexors and back do, but not my quads.  Even better news:  i stayed upright the entire time!

Oh-well, now to focus on World's End Ultra in May.