I am beginning to think...

that this blog is becoming more of a race/run report than a photo blog.  I may need to rethink my priorities, but I am taking photos while I run, so does that count?

I went out to the Cloudsplitter course yesterday for a run on the south section of the trail (Highlands).  The first 7 miles of this are used in the Cloudsplitter 100 miler, so I had not done them.  I was told it was the prettier section of the trail.  In all the trail extends 15 miles from the gas station in Pound, VA to the other trailhead, so 30 miles round trip.  A good mountain training run for me.  Towards the end, I've added some photos from the first 7 miles of the trail for my friends who are running the 100 miler in Oct.  I had taken my garmin for the first 15 miles to get an idea of the elevation, but the file has disappeared.

it rained late Friday and early Sat, which made for a cloud layer at the start (and some fog).  It also made the sandstone rocks a bit more difficult to navigate 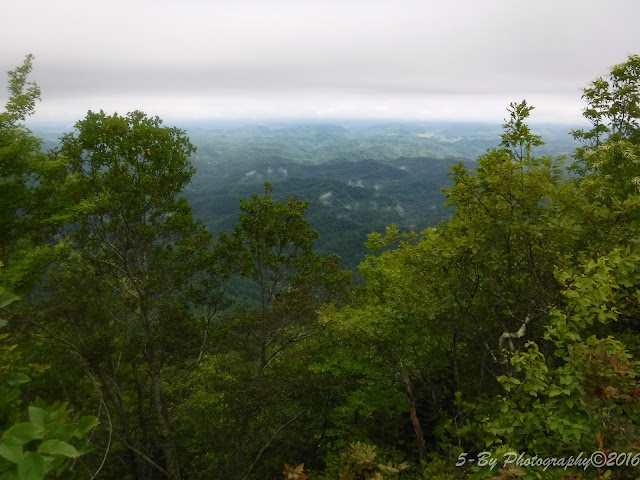 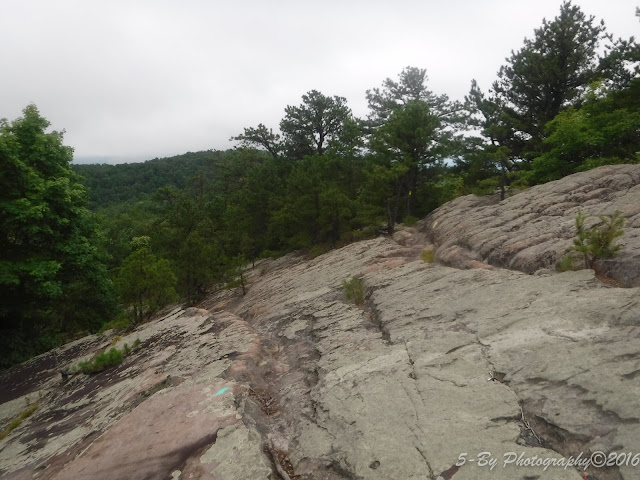 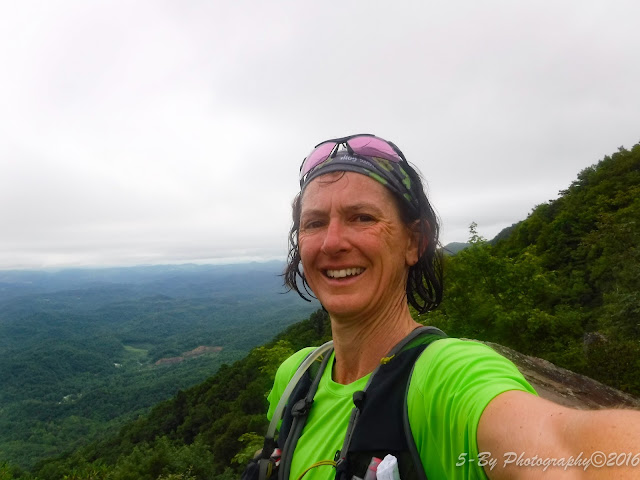 While not the highest point on this trail, was more scenic... 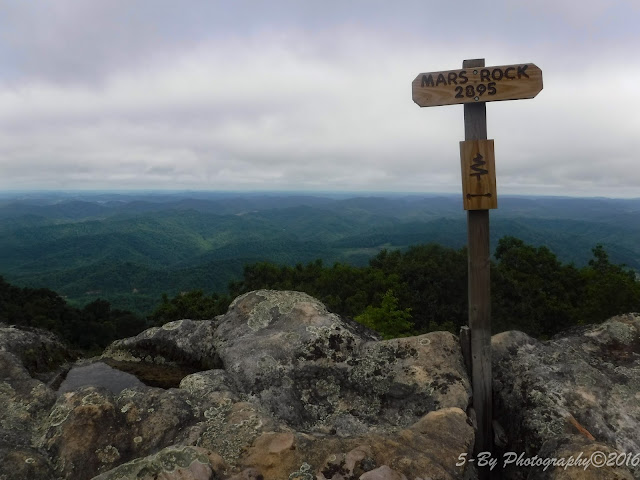 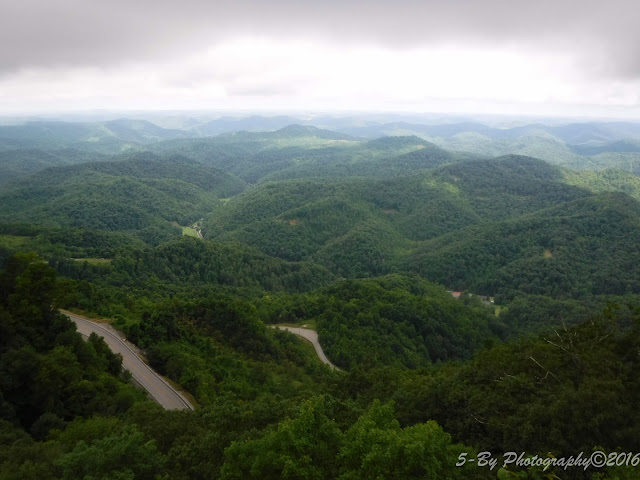 Eagle Arch (just prior to the turn around) 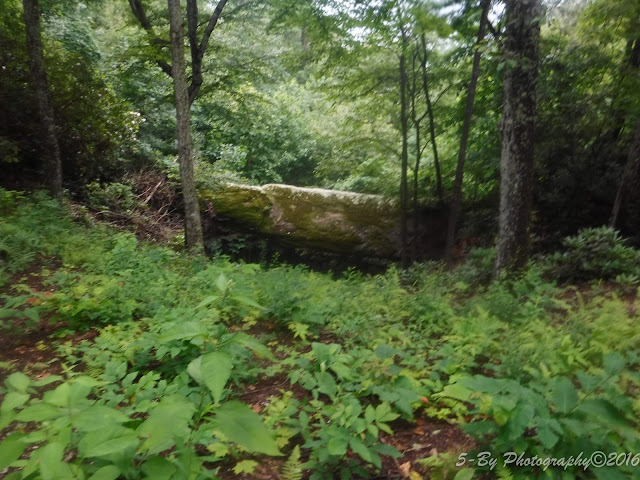 Some of the trails... 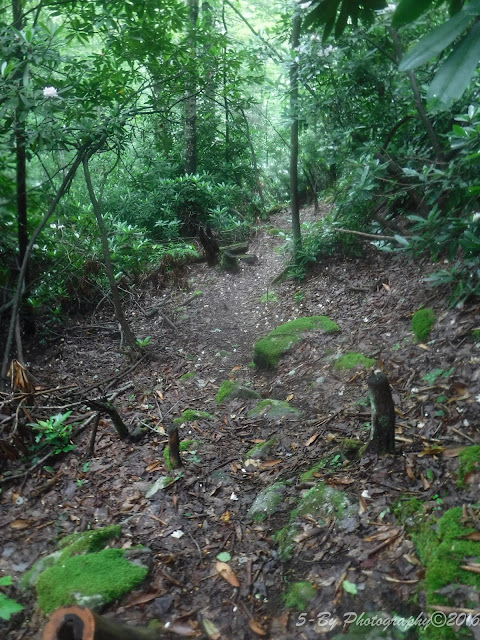 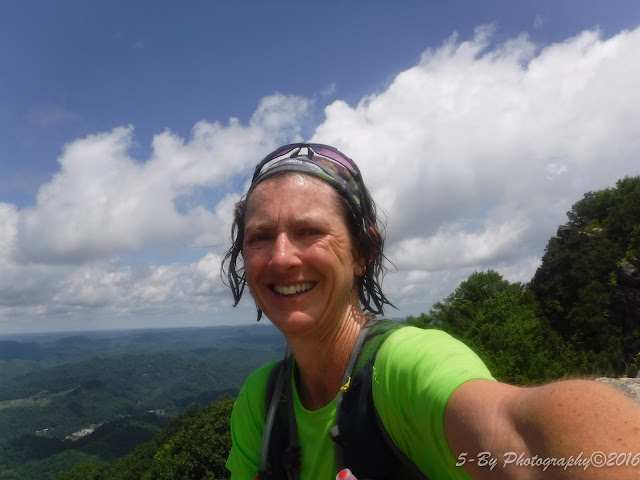 Some of the sandstone that you traverse, this was a downhill section (uphill on the way out) that was pretty wet.  made for slow-going, as I had already fallen earlier on some other wet rocks. 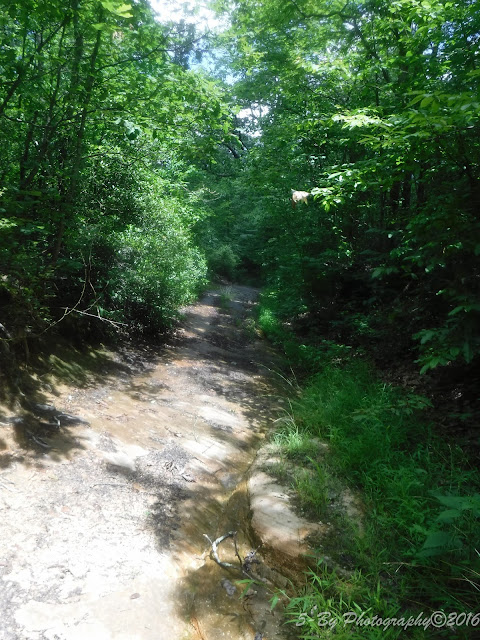 More of the trail, this was double track, you can tell not many people come down this way. 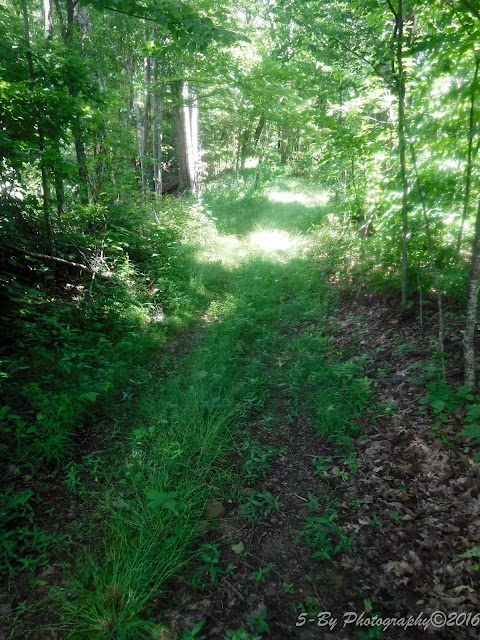 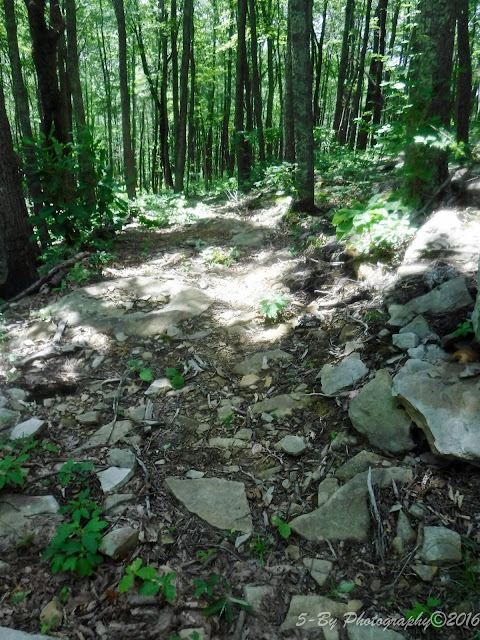 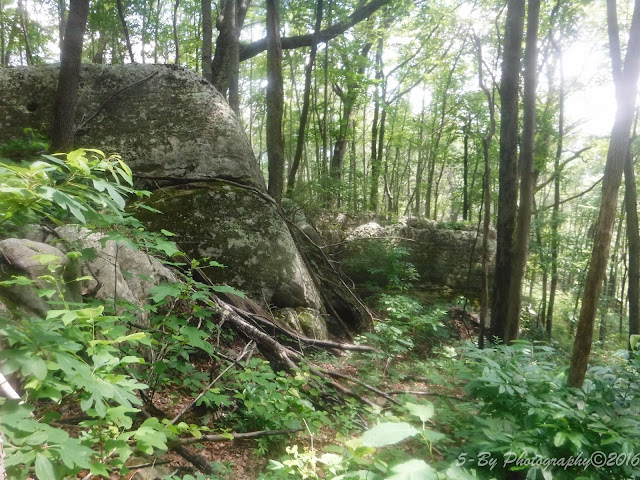 Unfortunately, since not many people hike this, the trail was over-grown in this section.  There was a gentleman clearing some of the path further out, so hopefully this will die or be cut back by race day. I don't know if this was stinging nettle, but it felt like a thousand razor blades were being drawn across my legs. 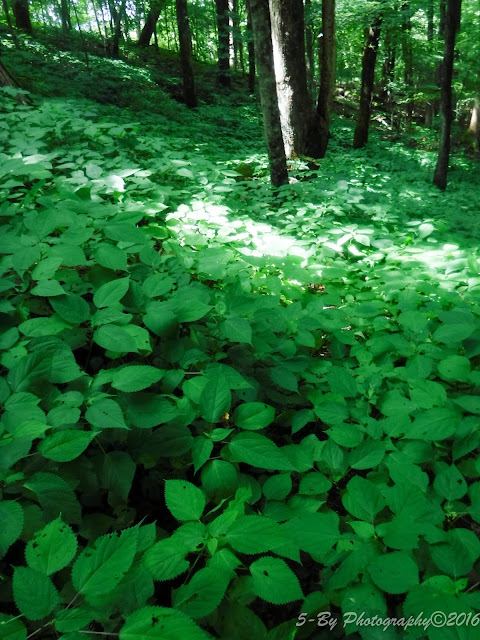 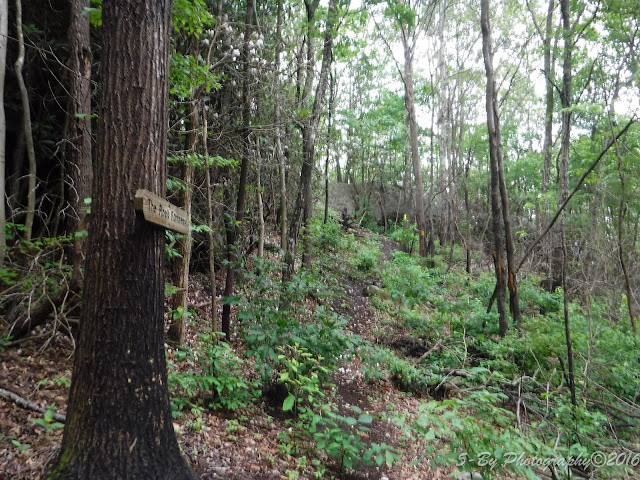 Salamander.  I saw one of these last year while racing. 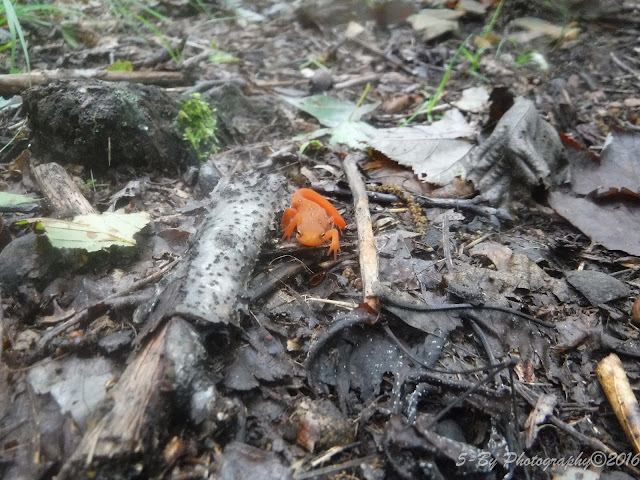 What I felt like today.  It took over 9 hours to run this 30 miles (to be fair, I had to filter water twice, not a quick operation) 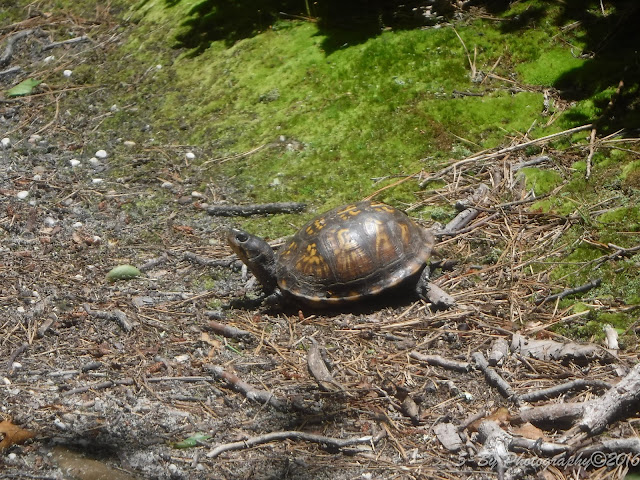 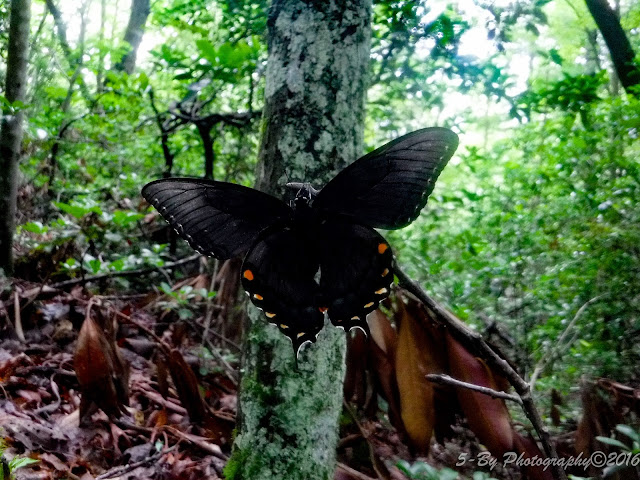 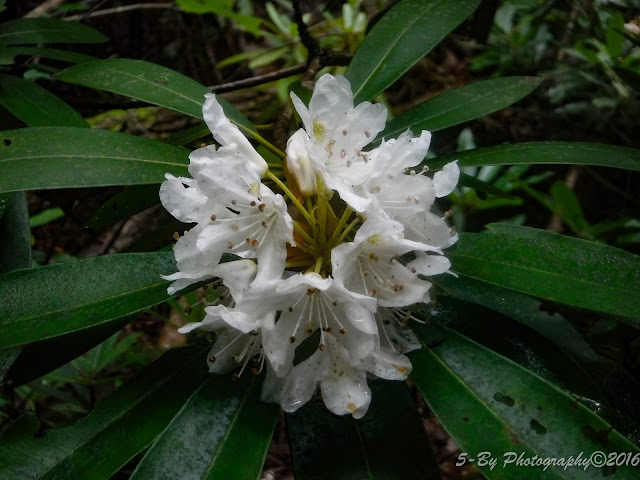 I also saw a toad, a pileated woodpecker and a scarlet tanager.